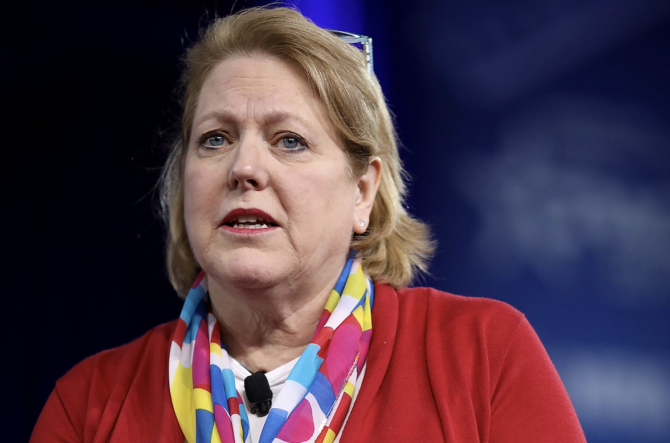 Ginni’s far-right activism, and in particular her involvement in the efforts to overturn the results of the 2020 presidential election, continues to come into clearer focus. Now the Washington Post is reporting that she exchanged emails with John Eastman, the Trump lawyer who drafted a memo outlining a plan to subvert the electoral process.

It’s a horrible look for Ginni, who we now attended Trump’s Jan. 6 “Stop the Steal” rally, urged 29 GOP lawmakers in Arizona to ignore Biden’s victory in the state, and sent unhinged text messages to ex-White House chief of staff Mark Meadows such as:

The Post reports that Thomas’ emails with Eastman show that Thomas’s “efforts to overturn the election were more extensive than previously known,” according to two sources who spoke on the condition of anonymity.

Eastman was among those who spoke at The Ellipse just before the Capitol riot. He is credited with drafting a memo that legal experts have described as a “coup cloaked in legal language,” outlining a plan for former Vice President Mike Pence to block the certification of President Biden’s victory.

Democrats have made the case that Ginni’s repeated efforts to tamper with the election mean her husband should recuse himself from any case involving January 6 or the 2020 election. He was the only justice to cast a vote against forcing Trump to hand over records to the House select committee investigating the Capitol insurrection.

And many observers think it’s officially time for Clarence Thomas to be impeached:

Clarence Thomas is too compromised to sit on the Court.

Clarence is corrupt beyond repair. Long past time for him to go

Every day that Clarence Thomas sits on the Supreme Court is another layer of legitimacy peeled away from that institution.

If you don’t think Clarence Thomas knew about his wife Ginni Thomas committing sedition, you’re wrong, in fact, he’s been helping her the entire time. Our SCOTUS is compromised.

Eastman claimed in emails that he had insight into the Supreme Court while Trump was plotting his 2020 coup. When does Clarence Thomas step down?