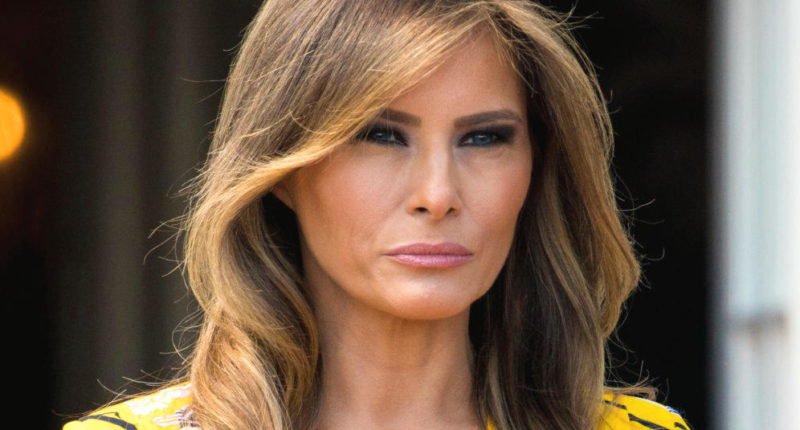 Just days after her husband was accused of racism for (allegedly) saying that people from African nations come from “shithole countries,” the First Lady tweeted some nonsense about “equality and justice for all” in honor of Martin Luther King Jr. Day:

Today we honor Dr. Martin Luther King Jr. & his service to this great country. I am honored to be First Lady of a nation that continually strives for equality & justice for all. #MLKDay

(Let’s not forget, Melania has her own dark history of racism. Like her husband, she promoted the racist birther theory against President Obama for years.)

You might want to talk to your husband about equality and justice for all.

What did you do today (other than send this tweet) to honor MLK?

You are an enabler to a disgusting bigot who only seeks to enrich himself & you turn your head while he disgraces not only our country, but your own marriage. I bet you know little about MLK. You & your words are meaningless

What planet are you on? #45 is doing everything he can to discourage equality and justice for all, especially going against @BarackObama.

This statement is as credible as your war on cyber-bullying. pic.twitter.com/Af16MKjM1S

YOU, of all people, attacked President Obama over his birth certificate which he provided; you called the certified copy a “fake”. Is that honor/equality/justice? Please provide your immigration papers and family’s tax returns (complete & unedited)!

Things weren’t much better over on The White House’s official Twitter page. Whoever runs that account tweeted:

"Dr. King's dream is our dream. It is the American Dream. It's the promise stitched into the fabric of our Nation, etched into the hearts of our people, and written into the soul of humankind." pic.twitter.com/tyUZGTecDY

Related: Our favorite sh*thole memes of the sh*thole president after his racist “sh*thole countries” remarks

Right now the American dream is for @realDonaldTrump to resign.

Great how you had enough energy to retweet this before you played golf. Past presidents have done any number of things to commemorate MLK Day. But not you…no…..not you. #shitholebyebye #stablegeeeenius

Looks like Donny spent a little too long in the Florida sun golfing. Maybe he should come back to DC and get some actual work done.

Related: These memes of Carson Jones side-eyeing Mike Pence are absolutely everything

The first president who did not do any service on Martin Luther King day… As an American I am disgusted! And embarrassed!!

Even Colton Haynes got in on the action…

. @WhiteHouse you can’t be serious? Your leader doesn’t believe in a single word he’s saying. Even the person who is in charge of running this acct knows that. Pls whoever this is…get out while you still can & never tell anyone you agreed to post this.

Subscribe to Queerty for a daily dose of #politics #donaldtrump #martinlutherkingjr. stories and more