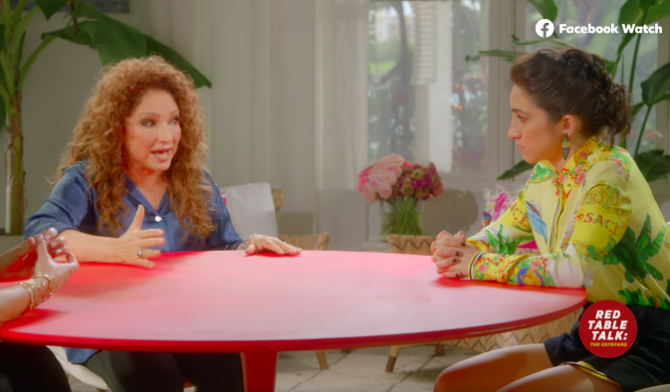 On the latest episode of Facebook Watch’s Red Table Talk: The Estefans, Gloria Estefan‘s queer daughter, Emily, did not hold back when talking about coming out to her family and her mother’s negative response.

Gloria, of course, is known for being a longtime LGBTQ ally who has often credited gay clubs and DJs for helping to bring her music into the mainstream early in her career.

But when her own daughter said she was in love with another woman, the singer didn’t take the news well.

Recalled Emily, “I was like, ‘Hey, I’m in love with this girl.’ The first thing you said was, ‘If you tell your grandma and she dies, her blood is on your hands.’ I just wasn’t ready for that.”

Emily went on to say that she understood her grandmother was old-fashioned and might not respond well to the news, but having her mother say those words made her feel like “whatever it is, hide it, it’s not OK.”

“That’s where my hurt started,” Emily continued. “I’m never going to forget that.”

After quietly listening to her daughter speak, Gloria said that she remembered things differently, saying, “Just like you were in that turmoil of emotion, you’re remembering things, as we all tend to do, in a different way.” Then she shared her perspective of the story.