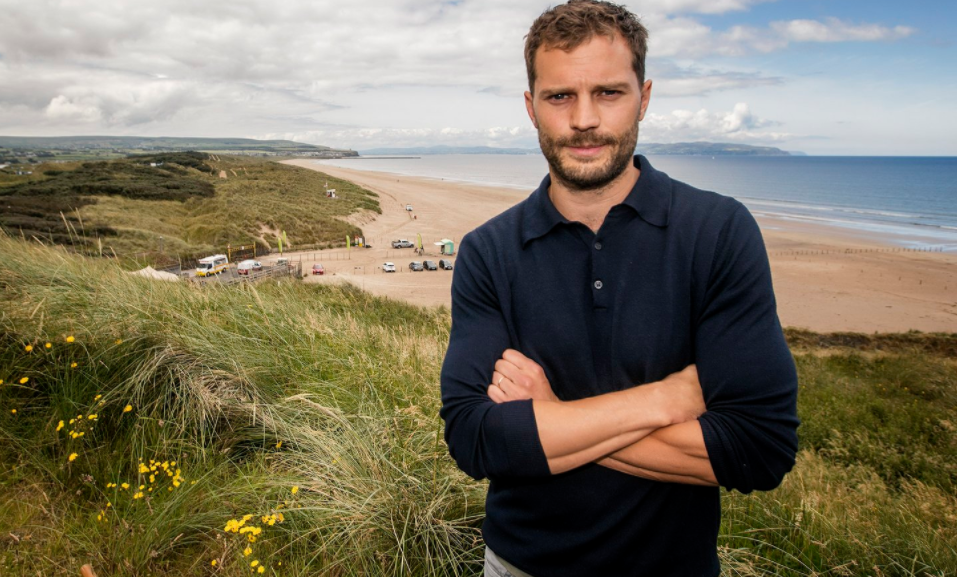 Social media is (once again) in a complete tizzy over Jamie Dornan.

The Fifty Shades of Grey star recently teamed up with Discover Northern Island on a campaign to promote tourism in his home country.

As part of the campaign, he posed for an innocent picture along the rolling green bluffs overlooking a sparkling blue ocean. The company shared the photo on its official Twitter page along with the caption “Look at the view!”

But it wasn’t the breathtaking landscape that caught people’s attention.

Can you guess what it was?

In case you need a closeup:

Naturally, Twitter had a field day over the whole thing:

oh my, and what a lovely view that is! ??? pic.twitter.com/5iAmaxtnWV

How does this sit with your social media guidelines? 😉

He is simply pointing out the direction to go. How nice of him

But before you go getting all excited, you should know Jamie was also promoting the Dubai Duty Free Irish Open golf tournament that day. Apparently, he took a break from a game to pose for the photo and forgot to removed a ball from his pocket…. 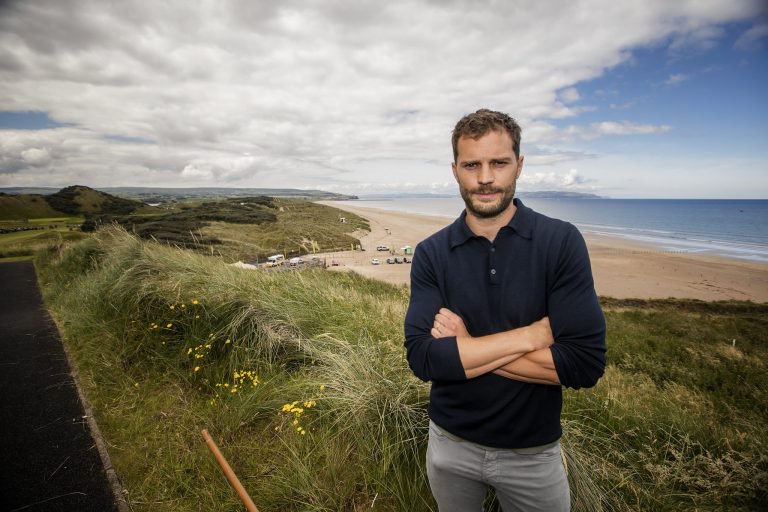