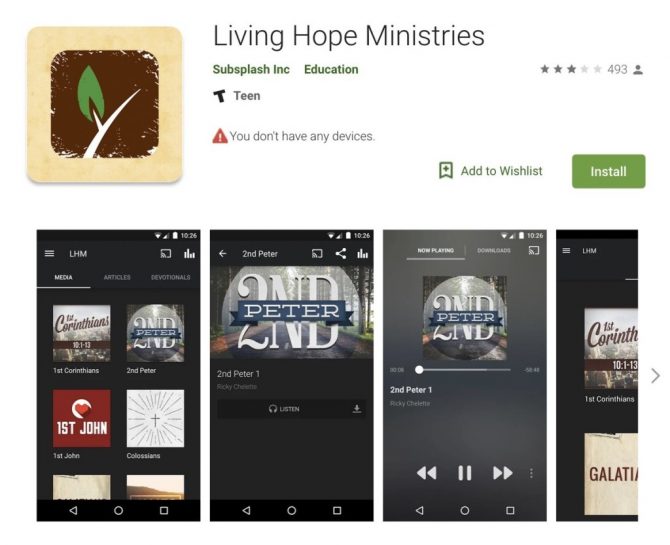 Following weeks of applied pressure, Google has finally removed an app designed for gay “conversion therapy” from its app store.

The app promoted the widely-defunct concept that devout Christians can “pray the gay away;” in essence, eliminating a same-sex attraction through faith. Medical and psychiatric professionals have long disputed the practice and noted that it can cause severe psychological damage and increase the risk of suicide. Other major tech companies, including Microsoft, Apple and Amazon have already banned the app from their services.

Related: Why hasn’t Google removed this ‘pray away the gay’ app?

Now, Google has agreed to follow suit. In a brief statement, the company explained its decision: “after consulting with outside advocacy groups, reviewing our policies, and making sure we had a thorough understanding of the app and its relation to conversion therapy, we’ve decided to remove it from the Play Store, consistent with other app stores.”

The HRC praised the move in a statement of its own. “We applaud Google for making the right decision to pull this app from their online store. So-called conversion therapy is a debunked practice that’s tantamount to child abuse and is proven to have dangerous consequences for its victims. Google and other platforms that have pulled this app are taking an important step to protect LGBTQ youth,” said HRC president Chad Griffin.

Score one for the good guys.