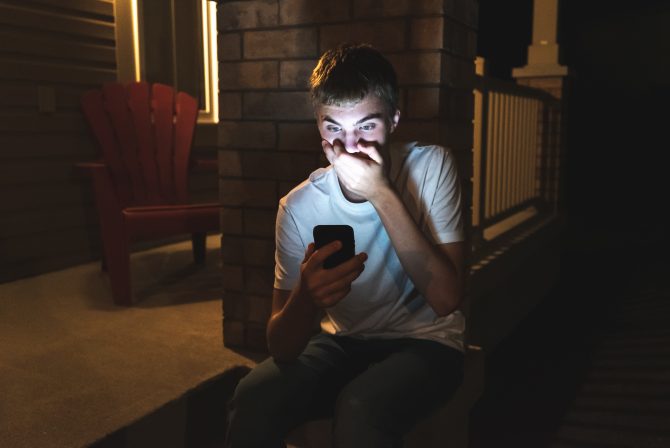 The Grindr conversation a Twitter user named Mathiu had with a former high school classmate on Christmas Day seemed sugar-plum sweet… until the classmate made it clear that he wanted his stocking stuffed, so to speak.

“Hey! This may be weird to say on Christmas and I don’t know if you remember me but I wanted to say that you were a big role model to me in high school,” the classmate wrote, according to Grindr screenshots Mathiu shared on Twitter on December 25. “It was nice to see somebody gay out and thriving. My parents always thought you were like a perfect student so when they found out you were gay I feel like it made it easier for me to come out.”

Mathiu was clearly touched. “Aww, that’s very kind of you to say!” he wrote back. “I hope things are good with you and your family and you are having a wonderful holiday.”

Three minutes later, however, the classmate replied with — cómo se dice — a rear-view photo Mathiu had to censor for social media. “It would really be significant for me if you would f*ck me,” the classmate wrote, adding a smirking emoji.

Mathiu didn’t caption the screenshots — later tweeting, “For once I am speechless” — but revealed to one Twitter user that he didn’t fulfill the guy’s “significant” request. “It was the day of our Savior’s birth and I chose to give my energy back to Him instead,” he wrote.

Related: Compelling new study offers yet another reason to delete your Grindr account

With all the formalities covered it’s on to business. 😂😂

Spelling bee: The word is “significant”
Contestant: could you use it in a sentence?
Spelling bee: it would be really significant for me if you would f*ck me.

stonewall was a mistake

And Mathiu gave his side of the experience in a follow-up interview with PinkNews. “I was really flattered and honored by the message because I remember how hard it was not having queer role models in school and I felt happy I was able to be that for someone,” he told the site.

Mathiu also said that the Grindr user’s profile was blank, so he has no idea which classmate messaged him. “I was a hyper-involved academic gay, so he could’ve been in any number of clubs or sports teams,” he said. “By the hole pic, though, I’m guessing we crossed paths in theater.”