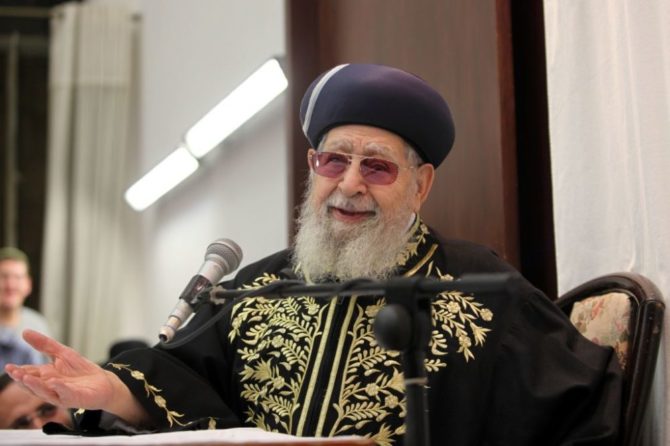 The grandson of a staunchly homophobic former chief Rabbi is set to marry his boyfriend in the coming days.

Ovadia Cohen’s grandfather, the late Rabbi Ovadia Yosef, was the religious leader of the Shas political party and the ex-Sephardic Chief Rabbi of Israel.

Yosef, who died in 2013 at the age of 93, once referred to World Pride Day in Jerusalem as “filth” and regularly referenced homosexuality as “completely evil.”

Cohen had a complicated relationship with his grandfather, having grown up in his home after the divorce of his parents.

The two were reportedly very close, though Yosef likely would not have approved of Cohen’s upcoming wedding.

Speaking to The Times of Israel, Amichai Landsman, Cohen’s partner, said: “I was blessed with a wonderful family which accepted me from the very first moment, and they accepted Ovadia as well.

“We are fully out and proud. Ovadia took a very brave step to be in a relationship with me and we are happy to get married.

“I am not part of the religious gay community but I think they do great work.”

The wedding has attracted a good deal of press because of Cohen’s well-known grandfather and is expected to be attended by around 200 guests.