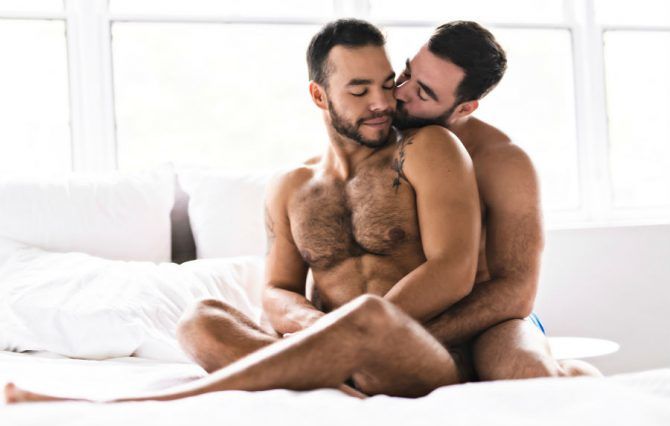 December is a natural time to look back, and companies like Spotify and Apple offer special features to help reflect on the year, through relaying music preferences or sharing photo highlights. So with the amount of data Grindr processes every day, it would be selfish for them to keep their 2020 insights to themselves.

OK, maybe users don’t want a personalized analysis of their time spent on the ubiquitous dating app, but the company used its metadata to offer some noninvasive global observations.

In a year-end feature called Grindr Unwrapped, the app used stats from its “13 million gay, bi, trans & queer” users.  Here’s what they found:

Which country came out on top?

“You ran the gamut of positions, but some countries came out on top,” reads one slide which lists Morocco, India, Nigeria, Chile and Israel as the countries with the highest percentage of tops. 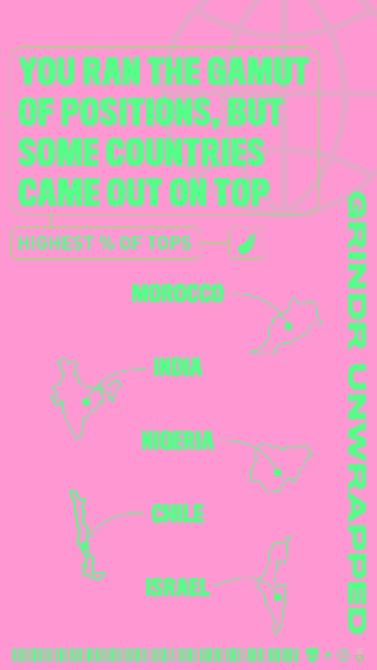 That begs the obvious question… 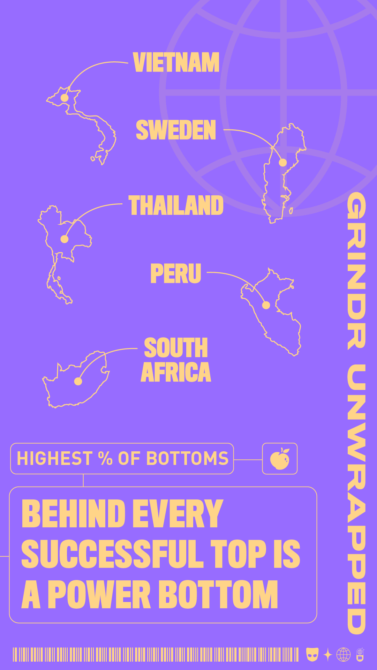 Contrary to what some guys might tell you, vers is very much a thing. And you’ll likely encounter guys who can do it all in Venezuela, Guatemala, Argentina, Mexico and Australia. 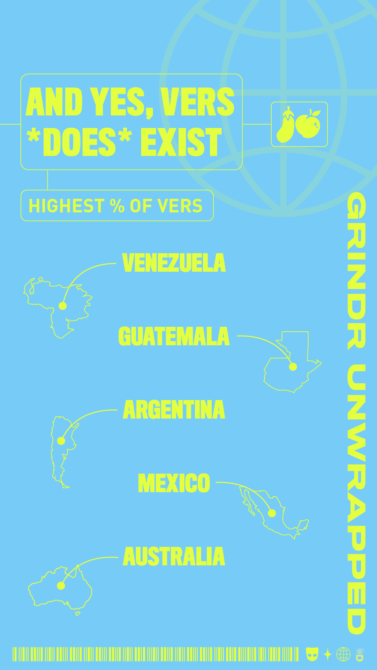 For a look at all the intel gleaned from a year of chatting, including which cities are the most active, how many photos were sent, and what the most popular emoji was (spoiler: eggplant), head here.