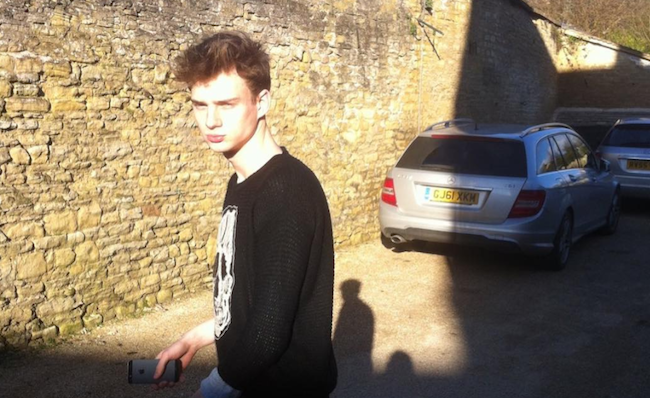 “The poems play on the essential themes of the app – relationships, our increasingly unsympathetic world and quite a lot of sex.”

Supp? That’s British writer Max Willis, explaining in The Guardian what he plans to do as Grindr‘s newly-appointed “poet in residence.”

Every month, the young scribe will be creating a video poem (directed by Ashley Joiner) that’ll be flashed in the app.

“Each video threads into the next, telling a larger story about what is to be gay now (although I thought it best not to limit myself to what it means to be gay and on Grindr now – as that would mean a lot of requests to ‘send more pics’ and any number of unsolicited anatomical images).”

His first poem will be loosely based on Emily Dickinson’s “Remnants,” which Willis describes as a work that catalogues all the things you leave behind “psychologically and physically after sex; your interpretation of what happened, and the way you cleave to the remnants of it – the cigarette butts, the messed-up sheets.”

Related: These hilarious haiku about Grindr hookups will make you laugh… and make you think

He says his poetry will focus on gay men going on dates that culminate in a “crescendo of bodies.”

‘The truth is,” he says, “there is no ‘proper’ subject for poetry. All of life is its subject. Nothing should be out of bounds.”