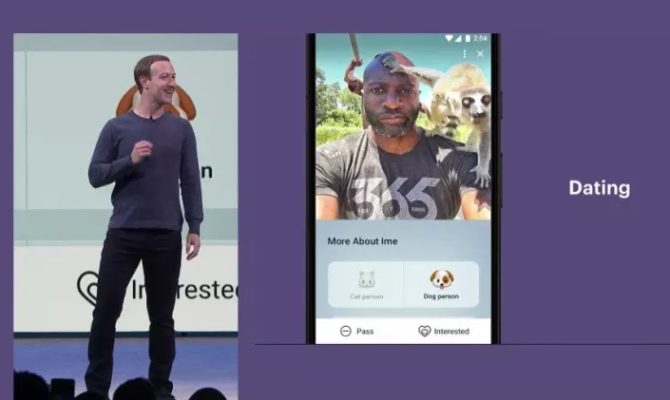 The largest social media company in the world is now poised to become the world’s largest dating app.

Facebook has announced plans to add a dating component to its main mobile app.

“There are 200 million people on Facebook who list themselves as single,” he told the crowd. “So clearly there’s something to do here.”

Though some speculated that the service will only be available to people who list themselves as single, there is no indication that one’s listed status will affect usability of the soon-to-launch feature.

The move puts Match Group, the company that owns and operates Tinder and OkCupid, into direct competition. It will be interesting to see how they’re able to fare against the social giant. How’s that working out for Snapchat?

And while apps like Grindr and Scruff offer something a little different for gay users, we imagine they’ll be following this news closely.

One interesting prospect is an “unlocking” feature that Facebook product chief Chris Cox discussed on stage after Zuckerberg’s announcement.

The dating feature will integrate with Facebook events, allowing users to “unlock” their dating profile for other RSVP’d attendees of an event. We could definitely see a real value potential there.

Related: Adam Rippon met a man on Tinder and they just went public

And though there are undoubtedly many seeking deep connection via apps, Zuck also acknowledged the reality of what a mobile “dating” service really is:

“This is going to be for building real, long-term relationships — not just for hookups,” he said, tongue firmly planted in cheek.

Privacy is also a natural concern with any move Facebook makes these days: “We have designed this with privacy and safety in mind from the beginning. Your friends aren’t going to see your profile, and you’re only going to be suggested to people who are not your friends.”

There’s no release date as of yet, but Cox said a testing phase will be underway sometime this year.