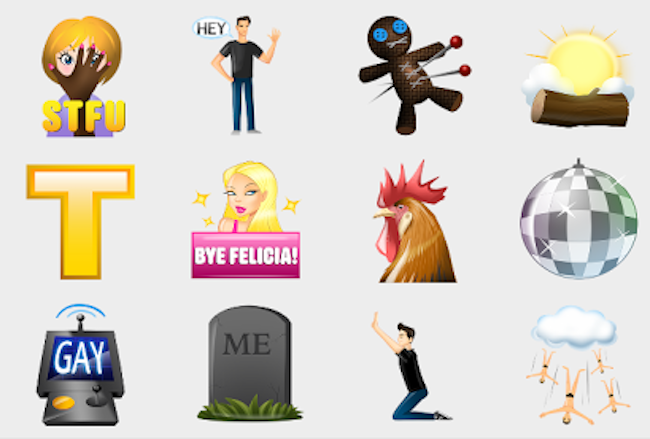 We have to admit: We’re totally into Grindr‘s new set of custom emoji.

We have an “It’s Raining Men” emoji, featuring Speedo-clad guys death-dropping from a cloud.

There’s a “Dead” emoji, featuring “me” carved into a gravestone.

Related: Turns Out Grindr Is A Godsend If You’re Gay, Twentysomething, And Disabled

That oddly sinister voodoo doll emoji? Finally, the perfect response to all those faceless Hi’s. 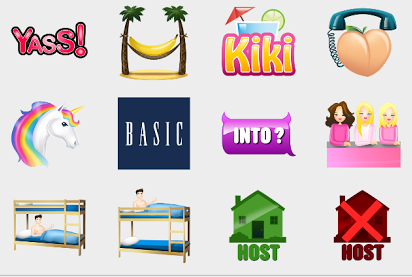 We have a shady “Basic” emoji, riffing on The Gap’s logo. There’s what looks to us like a Mean Girls emoji, but don’t quote us on that. 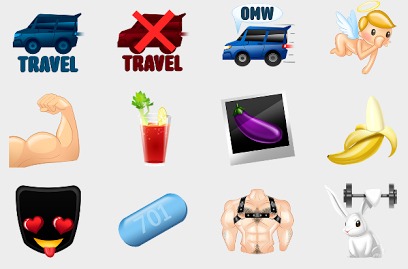 There’s a Truvada emoji, which… we’re looking forward to the think pieces. A Polaroid snap featuring an eggplant… we understand. A gym bunny that can lift dumbbells with its ear. 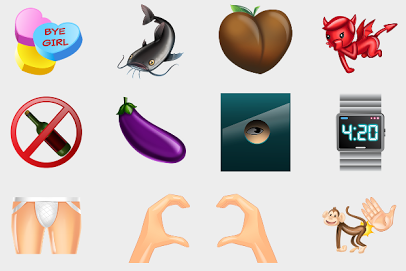 Spanking the money? Jockstrap? 420? We read you loud and clear. There’s even a catfish for those unruly cases of identity theft. 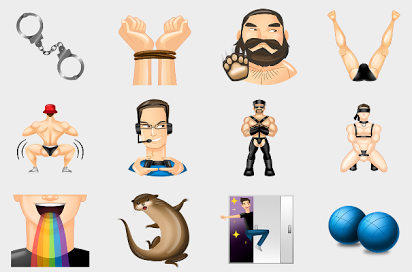 Just look at that jazz hand as a confident twink bursts out of the closet — we’re inspired.

Not sure what to make of the guy vomiting a rainbow. Maybe editors decided a purse falling out of his mouth was too on the nose?

We have to say, we’re totally into this new development and hope there’s more to come.

Grindr has somehow achieved the impossible, taking all the tired tropes that make the app so irritating — Pics? Into? Top? Bottom?– and making them playful fun.

Who knows? Used correctly, maybe you’ll even get laid.

What do you think of Grindr’s new emoji? Worth the update? Sound off in the comments below.