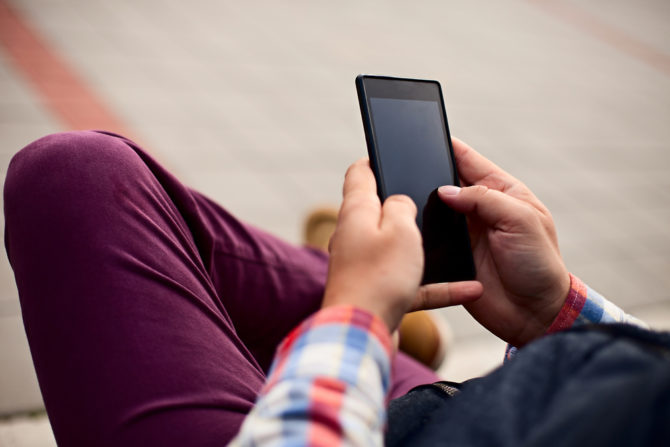 Do you cruise hookup apps at work? You’re certainly not the only one.

New data released by Wandera, a mobile security and data management firm, reveals that a lot of people cruise for sex during office hours.

The company looked at employees’ work-issued mobile devices to figure out not only what hookup apps they were using, but what times of day logged onto them, and how long they stayed per visit.

Here’s what they observed:

The average person logs onto hook apps between five to six times per work day, spending a total of seven minutes and 51 seconds online over an eight hour period, or 47 minutes per week.

That’s really not so bad, if you ask us.

Researchers also noted that the most common time for cruising at work is usually between a person’s mid-morning coffee break and their lunch break, at 11:23 a.m.

The most popular hookup apps people keep on their work-issued phones are Bumble, followed by Tinder, then Grindr, Plenty of Fish, Inner City, OKCupid, and Match.

However, only a small percentage (1.8%) of the phones analyzed actually had one of these apps installed. Probably because most people are smart enough to know not to sext and/or take naughty photos on a work-issued device.

Mainly, if you’re cruising for guys during that never-ending weekly conference call with the East Coast sales team, you’re not the only one.

Also, if you’re looking for love on Grindr, you’ll have your best luck shortly before midnight.

Related: How many hours per day do you spend on hookup apps? Take our poll and see what others say.