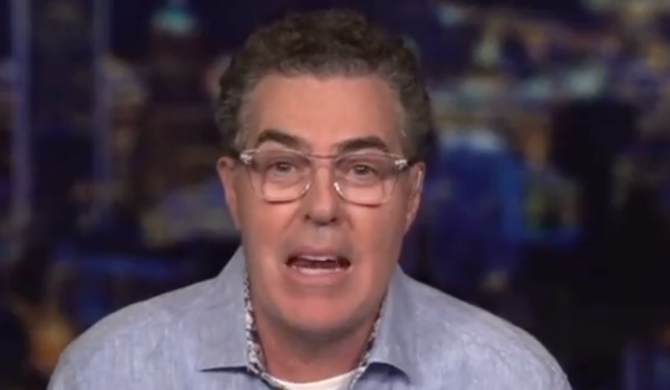 During an appearance on Sean Hannity’s show, Carolla argued that people only like Ocasio-Cortez because she is pretty, saying: “If AOC was fat and in her 60s, would anyone listen to another thing she ever said?”

Hannity then asked him: “What exactly do you mean by that? Is it because she’s young?”

“Yeah she’s young, she’s vibrant, she’s beautiful and everyone’s always putting a camera and a mic in her face but her opinions are idiotic 95% of the time,” Carolla replied.

“I don’t think if she was middle-aged, heavy-set woman anyone would care what she had to say,” he continued.

Hannity guest Adam Carolla: “If AOC was fat and in her 60s, would anyone listen to another thing she said? .. I don’t think if she was middle aged, heavy-set woman anyone would care what she had to say.” pic.twitter.com/tzAMo4jLaC

Hannity disagreed, saying, “I’m not sure I agree. Now, I will say this. You can criticize her ideas, and I do… but she’s got the whole Democratic Party following her.”

“In my opinion, she’s way more powerful than speaker Pelosi and if she and the squad decide speaker Pelosi is out, I think she could probably be speaker,” he continued.

Lol..Now the right is tapping the wisdom of Adam Carolla. It’s a veritable who’s who of has beens, poor actors and cable tv show hosts over there. Things are getting so stupid in this country now. #AdamCarolla

Adam Carolla? This is the first time I’ve heard his name in at least 25 years. Meanwhile AOC is doing the work.

If Adam Carolla were thin, good-looking and young, he would still be a flaming asshole https://t.co/yVvPycCnP3

If Adam Carolla were young, handsome and in shape … he’d still be an unfunny mediocrity. https://t.co/Tt4TKtrRgi

Adam Carolla is mediocrity with an opinion.

I’ll just say there’s a reason out of the two hosts of The Man Show, Jimmy Kimmel became the super successful relevant one while Adam Carolla has been cast into The Void.

AOC represents progress, equality and equal rights. She also happens to scare the shit out of the Adam Carolla, Sean Hannity and Tucker Carlsons of the world. https://t.co/S7p05ejbW4

Adam Carolla has confirmed he really is a moron.

Adam Carolla is an Ass. We have spoken. @StephMillerShow