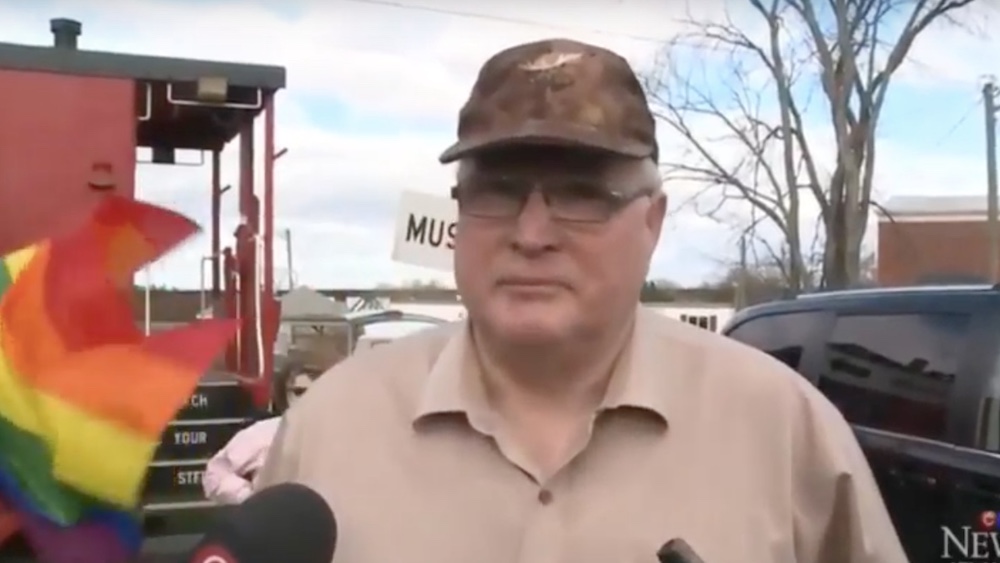 Yesterday we told you about the Canadian village of Chipman which pissed people off by flying a “straight pride” flag. The village council took down the flag after a day of citizen complaints, but now CTV News has reported that Glenn Bishop, the man who originally asked the Chipman council to fly the flag, is considering legal action for his flag being removed.

According to CBC.ca, Bishop approached Chipman Mayor Carson Atkinson two months ago to request permission for the city’s main flagpole to fly his straight pride flag.

“I made it very plain at that meeting that there was no animosity against the gay pride people at all,” Bishop said. “I know most of them.”

Less than half an hour after the flag was taken down, Bishop went to the local flagpole to see what had happened. There he met with some LGBTQ people and a local straight ally who explained that there’s no such thing as straight pride because straight people have never faced the level of societal discrimination that LGBTQ people have.

Bishop responded, “When they flew their flag for six days, there was nothing said about it.” While he thinks it’s wrong to discriminate against gay people, he doesn’t see what that has to do with taking his flag down.

Even though he doesn’t realize it, Bishop has unwittingly flown an emblem of animosity against gay people. The very concept of straight pride was only invented by social conservatives in the late ‘80s and ‘90s as a tactic against media coverage of gay people proclaiming gay pride in the face of anti-sodomy laws and the HIV epidemic.

If he decides to sue, Bishop may have a legal leg to stand on. A 2001 U.S. court case involving a Minnesota high schooler asked to remove his “straight pride” shirt over concerns for his safety ruled that the removal constituted a violation of his right to free speech.

But unlike the U.S., Canada’s free speech laws have clearer provisions against hate speech, meaning that a court could possibly recognize Bishop’s flag as an emblem of hate and rule that he has no right to fly it.