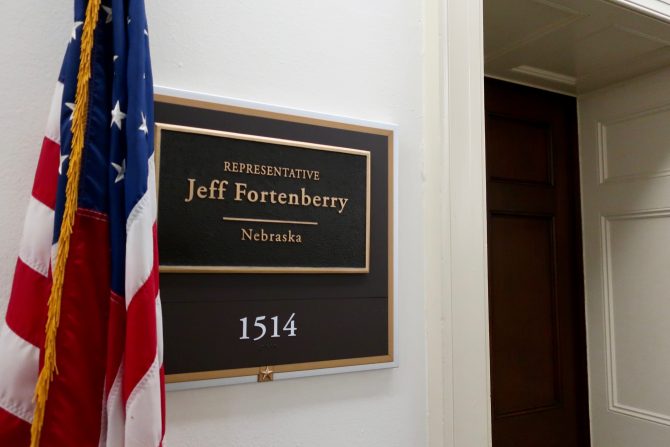 A federal grand jury indicted Rep. Jeff Fortenberry of Nebraska yesterday for allegedly hiding information and lying to authorities about illegal contributions made to his 2016 reelection campaign.

Fortenberry, who has been a member of the U.S. House of Representatives since 2005 and sits on the House Appropriations Committee, not only opposes same-sex marriage, he once took his hatred of LGBTQ people a step further by supporting a constitutional amendment that defined a marriage as being between one man and one woman.

For someone so righteous and god-fearing, you wouldn’t expect Fotenberry to lie to investigators. But that’s precisely what he’s accused of doing.

The 60-year-old is charged with one count of scheming to conceal material facts and two counts of making false statements to federal investigators, according to the U.S. Attorney’s Office for the Central District of California.

The charges stem from an FBI investigation into $180,000 donated by Nigerian billionaire Gilbert Chagoury. The money was siphoned through a group of scheming Californians to four U.S. politicians, including Fortenberry, who took a $30,000 cut at an L.A. fundraiser.

Foreign nationals are prohibited from giving money to U.S. election campaigns. As a result, Chagoury agreed to pay the U.S. attorney’s office a $1.8 million fine in 2019 for his misdeeds.

As for Fortenberry, he was allegedly informed about the illegal donation in 2018, but he never bothered telling the Federal Election Commission. Not only that, but he “knowingly and willfully falsified, concealed, and covered up by trick, scheme, and device material facts” when speaking to federal investigators during multiple interviews throughout 2019.

He, of course, is denying everything and says he’s “shocked”, “stunned”, and feels “personally betrayed” by the grand jury’s indictment.

“I let them in my house. I answered their questions. Later we went back and answered further questions,” he said in a video yesterday. “I told them what I knew and what I understood. They have accused me of lying to them and are charging me with this,”

“We will fight these charges. I did not lie to them. This is wrong on so many levels.”

Due to his indictment, Fortenberry must now step down from the House Appropriations Committee under House GOP conference rules. His office has not yet said when he will relinquish his seat.