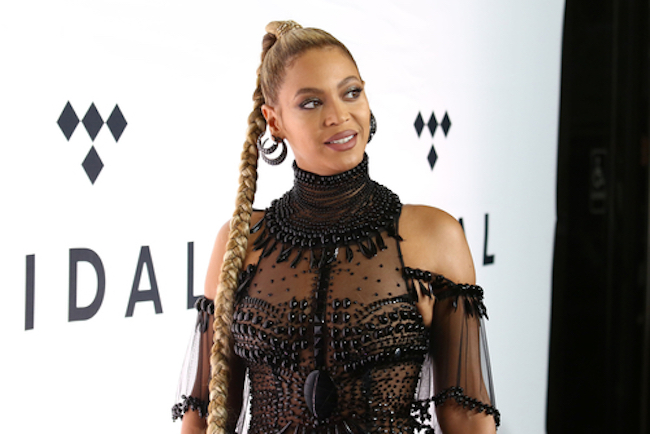 The live-action reboot of Disney’s “Lion King” is gearing up to be very much a thing.

According to Variety, director Jon Favreau is clocking Beyoncé as his top choice to voice Nala in the remake — but the Grammy winner hasn’t committed to the film, seeing as she’s pregnant with twins.

Related: Beyoncé Accused Of Abandoning Gays In Their Time Of Need

However, it’s a voice-acting role, so both the studio and director are willing to do whatever it takes to neatly squeeze themselves into Beyoncé’s schedule.

She dropped out of Coachella as a headliner shortly after announcing her pregnancy in early February. Lady Gaga will be taking her place.

So far, Donald Glover has committed to voicing Simba, and James Earl Jones is back to play Simba’s father, Mufasa.

Favreau will be directing and Jeff Nathanson is writing.

Related: Boy Has Wisdom Teeth Removed, Can’t Cope With Beyoncé Not Showing Up To Congratulate Him

The project is being fast-tracked, despite the fact that Favreau is already in development for the sequel to the recent hit The Jungle Book.

Released in 1994, the original animated version of Lion King remains one of the highest-grossing cartoon films of all time. It ultimately brought in $968.5 million worldwide.

The studio’s exhausting determination to turn all their cartoons into live-action films follows Alice in Wonderland, Maleficent, Cinderella, and now Beauty and the Beast.

If she accepts, this would be Beyoncé’s first film role since she lent her voice to Fox’s animated film Epic.