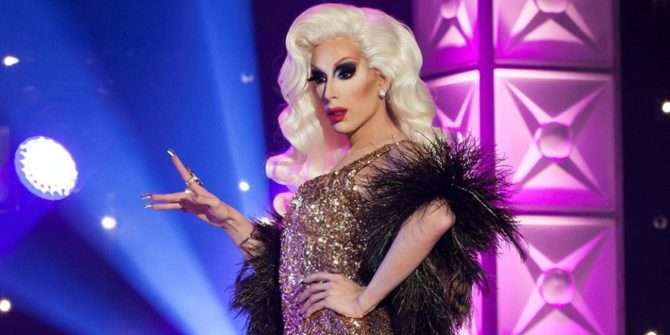 This just in: Alaska from RuPaul’s Drag Race just inked a deal to star in the final installment of SyFy’s Sharknado film series.

The first Sharknado movie premiered in July 2013. Since then, five additional films have followed. The franchise has developed an international cult following for its ludicrous storylines and even more ridiculous animation.

Alaska, who came in second place in Season 5 of Drag Race and won Season 2 of RuPaul’s Drag Race: All Stars, shared the exciting news on Twitter this week:

Of course, she isn’t the first Drag Race queen who’s been trapped by the franchise. Derrick Barry from Season 8 of Drag Race appeared in the fourth iteration of the series, Sharknado: The 4th Awakens.

The Last Sharknado: It’s About Time will premiere August 19 on SyFy.