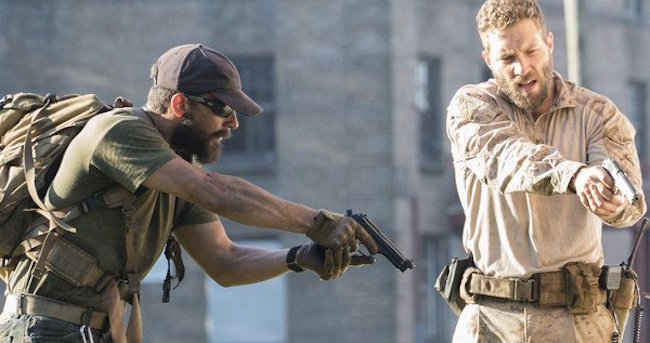 It’s got to hurt a little bit.

Shia LaBeouf’s war thriller Man Down premiered in a single U.K theater last weekend, and it apparently only grossed £7 ($8.70) — the equivalent of one ticket.

“Poor Shia,” commented Paul Dergarabedian, ComScore’s senior media analyst. “That opening could be in the Guinness World or something.”

Granted, the film was only screened at one location: Reel Cinema in Burnley. It’s worth noting that Man Down was also released digitally on demand, and will be available on DVD and Blu-ray next month. There’s no shortage of ways to not see this film.

Entertainment Weekly reports the film you won’t be watching tells the unwatched story of a Marine (Labeouf), who returns from his tour in Afghanistan to find that America has become a post-apocalyptic wasteland, much like the theater in which it premiered.

Undeterred by the fact that his adventures are largely being ignored by the general public, the Marine valiantly searches for his wife (Kate Mara) and son (Charlie Shotwell).

Jai Courtney and Gary Oldman co-star in the film, which no one is going to see except that one poor bastard in London.