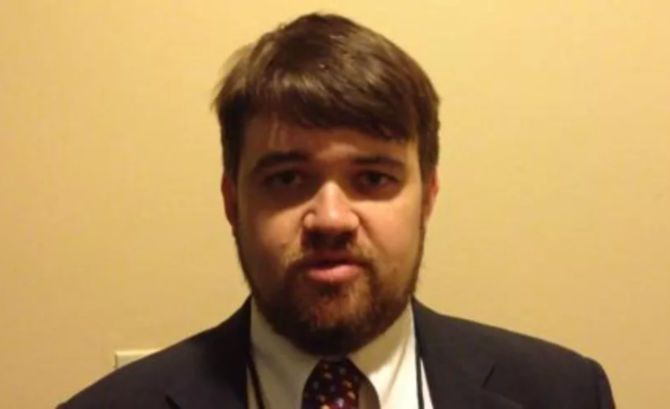 Doré, who opposes marriage equality and is an advocate for “religious freedom,” will now be in charge of working as a liaison between the federal government and small business, helping to address concerns business owners may have over regulations.

But, it turns out, that’s not he only “liaising” he’s has been up to recently.

Related: Antigay GOP Leader Outed For Having Ashley Madison Account, Says It Was For “Research”

At the time, Doré insisted he created the profile strictly for “opposition research,” telling the local press via text message:

As the state’s leading opposition research firm, our law office routinely searches public records, online databases and websites of all types to provide clients with comprehensive reports. Our utilization of this site was for standard opposition research. Unfortunately, it ended up being a waste of money and time.

We take that to mean Doré couldn’t find anyone to have an affair with. We can’t imagine why.

In a short statement to Politico this week, Doré said the whole Ashely Madison scandal “really never came up” during his interview process to work for the federal government and, anyway, “it’s not a secret.”

Given the truly terrible job the Trump administration has done vetting any of their new hires, this doesn’t surprise us. But even if they had bothered to do their research, it’s not like hypocrisy and character flaws seem to be a huge concern for them.

Doré added that his record of leading Republican initiatives while working for the Louisiana GOP far outweigh the whole marital infidelity thing.

“We won majorities on the Supreme Court and the state Board of Education and the Public Service Commission, all first-time things, and defeated [Senator] Mary Landrieu, which was a big deal,” he said.

Evidently, those things are way more important than being courteous toward one’s spouse.

Related: Eric Trump shares his creepy thoughts on nepotism and the reason his family is so “innately close”