In case you haven’t heard, any chances of Sex and the City 3 happening are officially D-E-A-D dead.

Sarah Jessica Parker confirmed the third film, which was supposed to go into production this fall, would not be happening, telling Extra over the weekend, “It’s over. We’re not doing it. I’m disappointed.”

Rumors quickly began swirling that the reason the third installment wasn’t happening was because Kim Cattrall refused to reprise her role as Samantha Jones unless Warner Brothers met her laundry list of unreasonable demands.

Related: ‘Sex and the City 3’ is happening and this Carrie Bradshaw drag queen is very excited about it

Now, in a new interview with Piers Morgan, Cattrall explains exactly why she turned down the job. And it’s probably not why you think.

“This isn’t about more money, this is not about more scenes, it’s not about any of those things,” Cattrall says. “This is about a clear decision, an empowered decision in my life to end one chapter and start another. I’m 61. It’s now.”

Put simply: She didn’t want to do it. Seems like a good enough reason to us.

Related: Sex And The City Creator Says Series Finale Was A Betrayal

But Cattrall wasn’t without some solutions, like, say, recasting the role.

“It’s a great part. I played it past the finish line and then some and I loved it and another actress should play it,” she said. “Maybe they could make it an African American Samantha Jones or a Hispanic Samantha Jones?”

And it looks like they already have a volunteer! Singer Sia wasted not time in offering her talents to producers:

Ok. @wbpictures can I just play Samantha and we give the people more sex and the city? We'll just pretend I had lots of plastic surgery!

Hmmm. That could work.

What do you think? Do you see the resemblance? 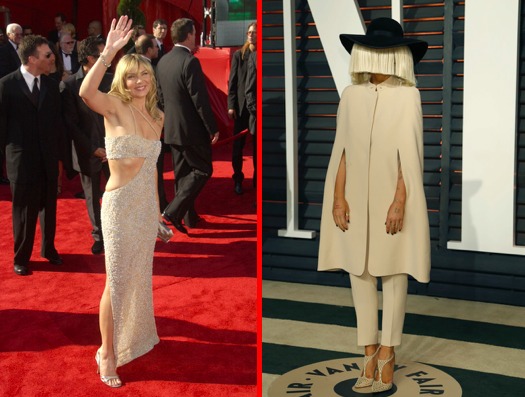