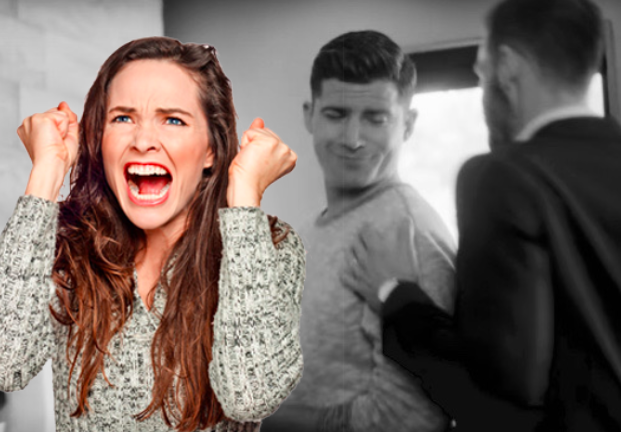 Google just released a commercial for its new voice-controlled “virtual assistant,” Google Home, and the homophobes are freaking out.

The 33-second ad titled Carpool features a family headed by two dads. In it, one of the dads asks Google Home for his schedule, then the other. Based on the results, the couple decides who will take the kids.

Naturally, Christian extremists are having a collective meltdown over it.

“Google is continuing its attempts to mainstream the homosexual lifestyle with a 30-second video showing a male couple getting their photogenic children off to grade school,” Steve Weatherbe at the Christian blog Life Site writes.

“It’s just more propaganda,” someone named Gwen Landolt, who heads REAL Women of Canada, says. “It’s an attempt to normalize same-sex relationships using children as props. But it is not normal and what they are not telling you is that it is not good for children.”

Whenever someone or organization offends against the LGBT cause, she says, “HRC opens the kennel and lets the dogs out.”

@wendyvoss GOOGLE IS DISGUSTING & WE NEED TO GET RID OF THE OUT OF OUR LIVES!!! ASAP!! #BoycottGoogle DUMP THEIR STOCK !!!!

@LifeSite Thousands will read this and fear retweeting for fear of the PC fascists or even litigation by hate crime zealots. What could b mor hateful

“Children require a mother and a father. The ad is an abuse of children,” Landolt continued ranting. “Google is supporting an abnormality!”

Watch the blasphemous commercial below…