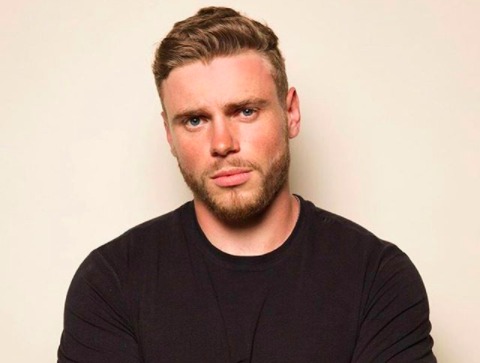 The bad news: Gus Kenworthy has broken his thumb!

The good news: He’s not gonna let it prevent him from competing.

Kenworthy broke the bone while practicing on the course in PyeongChang yesterday.  He shared the no-so-great news via Twitter.

“Broke my thumb yesterday in practice,” he tweeted. Along with an x-ray image of the fractured bone.

Broke my thumb yesterday in practice. It won't stop me from competing (obvi) but it does prevent me from shaking Pence's hand so… Silver linings! Will be giving my teammates (and literally everyone else) an enthusiastic "thumbs up!" of encouragement the rest of the trip. pic.twitter.com/XylPPGAq9P

Despite the injury, he says he still plans on participating in Sunday’s qualifying round for men’s slopstyle.

And he’s looking on the bright side of things. A broken thumb gives him another excuse not to shake hands with Mike Pence.

“It does prevent me from shaking Pence’s hand so… Silver linings!” he wrote.

Well, after posting the tweet, some troll named Kate A. Rae accused Kenworthy of being “obsessed” with Pence:

Your obsession with Pence is creepy.

This was literally my first tweet ever that mentioned him. You've tweeted more about me than I have about him. Soooo actually it looks like YOU'RE the one who is obsessed with ME! And while I'm flattered I'm really just not interested. K thx bye! https://t.co/lzyiNvsduP

Moral of the story: Don’t come for Gus Kenworthy unless he calls for you.

Related: Gus Kenworthy pitches a tent, wakes up to the sound of a strange man pleasuring himself