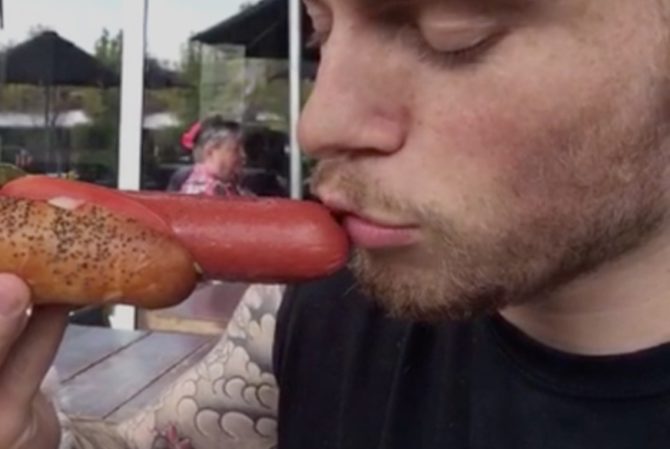 We were more than a little busy last week throwing the biggest and best Queerties Awards ever in Los Angeles (you can see all the red carpet shenanigans, including Trixie Mattel crying over spilled popcorn, here).

That means some stories slipped through the cracks, and for that, we sincerely apologize.

We know you look to Queerty to be the definitive news source for every serious issue facing our troubled world today, and we can’t help but feel we let you down by not bringing to your attention Gus Kenworthy‘s phallic wordplay.

Now, it’s long been rumored that the out Olympian felt this way, but a Feb. 28 tweet confirmed it unequivocally — no fake news here.

He was referring, of course, to Dick’s Sporting Goods (get your mind out of the gutter!), which announced it would stop selling all assault-style rifles and raise their purchase age on other firearms to 21.

The store also put out this strongly worded response to the Parkland shooting, which prompted Gus’ comment:

Gus also shared the remainder of the release:

The rest (and most important part) of @DICKS press release. Apologies for not including this in my original tweet, I thought I had. pic.twitter.com/ttj4Y052nG