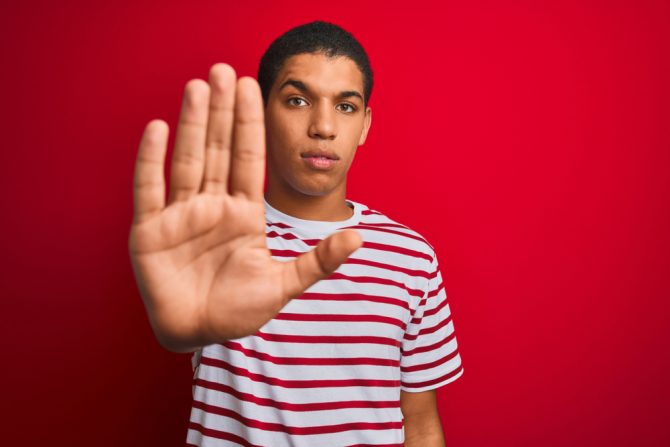 Tons of homos have had hots for their hetero homies — but when it gets to be a fixation, it gets to be a problem, as one Redditor recently pointed out. “Please don’t romanticize ‘turning’ straight boys,” he wrote in a thread that’s currently 94% upvoted.

“Please chase after someone who deserves you and won’t just treat you as, at the very best, an experiment,” the Reddit user added. “You deserve so much better than that.”

Commenters on the post were quick to agree. “I definitely understand the fantasy; we want what we can’t have,” one wrote. “But there’s a lot of people who do a lot of unsolicited perving over straight guys, and all that does is make them uncomfortable, and it gives them a bad impression [of] gay men.”

“This,” a user replied to the comment above. “Keep your fantasies fantasies.”

One commenter, meanwhile, said he has a gay friend who claims “getting straight guys in bed” as a superpower of his. “He wants to take me camping this month, with some straight guys, 4 or 5, and then me and him. Apparently, a lot happens on these trips,” he wrote. “I am 38 years old. I don’t want to freeze my ass off to go camping with closeted or sexually confused people just to get some d*ck. Who won’t want to know me after!”

“Tried this for years, never succeeded unlike others and broke my heart over and over again,” that user added.

One fellow lamented that he fell for a straight dude and will never do so again, but another commenter said that crushing on straight guys is a different beast. “A lot of gays fall for a straight guy at school or early on in life as part of figuring themselves out,” he observed. “That’s fine and sweet and innocent. It’s when it gets to the point of fetishizing straight guys and making it a mission to ’turn them’ which is an issue.”

“It’s the same as straight guys trying to turn lesbians,” he continued. “It’s not okay, and no, they’re not interested in your genitals. Move on.”