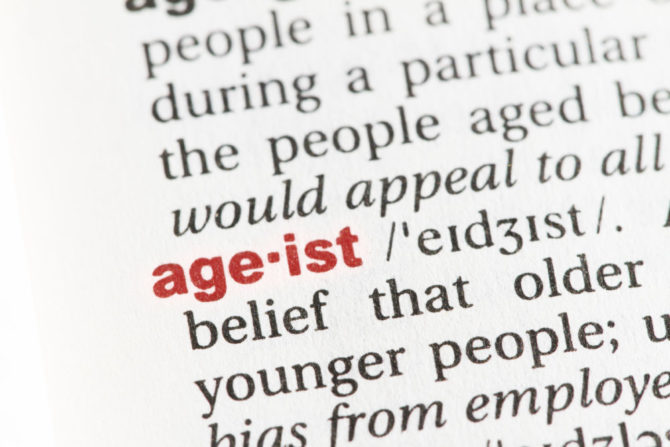 Writer Anthony Carter has a message for the world: He’s 44 and he’s f-ing fabulous!

“Having survived Reagan, both Bushes, drug addicted and abusive paramours, the scourge that is HIV/AIDS, unrelenting bullying and the need to beg folks to let me get married, it is time to start celebrating and telling my real age,” Carter writes in a new post published by The Good Men Project.

Carter says he really “doesn’t mind” getting older. Admitting his age to others, however, has been a little more challenging.

“What is this thing about age that myself and all the gay men I know seem to have?” he wonders.

Perhaps we feel that our youth was ill spent. That our young days are sorely behind us with nothing to do now but wait for the gods to “come a calling” (thanks, Eartha). Maybe, many of us, myself included, have spent untold hours and years trying to get men to love us and be kind and thoughtful when what we should have been doing is recognizing our own greatness and pressing aggressively onward.

Whatever the reason, Carter says, he’s over it.

“As an aging gay men of color, it is assumed that my day in the sun is over,” he writes. “I have nothing of value to add to the world.”

Not having to seduce men and play all of the he loves me he loves me not games certainly frees up a great deal of time. Myself and so many of my friends have spent hours trying to put cases and clues together regarding what someone said or didn’t say. All of our highly ineffective detective work attempting to figure out what someone “really meant” and never quite hitting the mark and yet we had time to create and live our lives.

That being said, Carter writes, “I have not given up on love or its power.” And he’s not alone in this way of thinking either.

Earlier this year, HuffPost columnist David Toussaint penned a piece about how turning 50 was the best thing that ever happened to his dating and sex life. Just as he had “given up” on trying to compete with younger guys, men started noticing him.

“At some point during the past few years, I became sexy, objectified, a prize. … ‘Daddy’ is now one of the most sought-after types of men in the gay ether. It’s a Thing,” Toussaint said.

Carter says these days he wears his age “like a battle scar.”

“I remind myself and others that there are many folks who began life’s journey with me who decided to check out for whatever the reason some time ago,” he writes.

And he’s on a mission. Carter has made it his responsibility to take on all those trolls who still think getting older is a crime.

“It is my duty,” he says, “to defeat ageism and the descent into ‘trollism’ that many folks believe is my lot and those of others who have moved beyond the age of thirty and still want to take up space.”

Related: Guys “of a certain age” talk agism and why men only get better with time