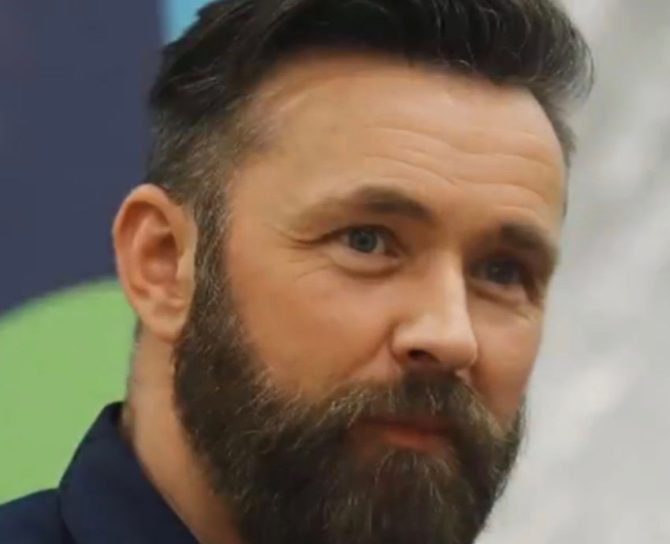 Once upon a time, Kris Saunders-Stowe was your typical gym-loving gay guy. He worked out several times a week, maintained a healthy diet, and never in a million years thought he’d end up in a wheelchair.

In 2000, he noticed some discomfort in his knees. He tried doing physical therapy, but the problem wasn’t improving. It wasn’t until he had to have his kneecaps taped in place that he learned he had underdeveloped muscles.

Related: Should I include that I am disabled in my dating profile?

“I found this bizarre because I was a regular gym person and I’d go to the gym seven to eight times a week,” he tells Gay Star News in a new interview. “I was very active and in very good shape actually.”

As time progressed, the pain got worse. That’s when Kris’ doctors told him he had arthritis.

“The doctors said there was damage to all the heads in the bones of all the joints and all the kneecaps were damaged,” he recalls. 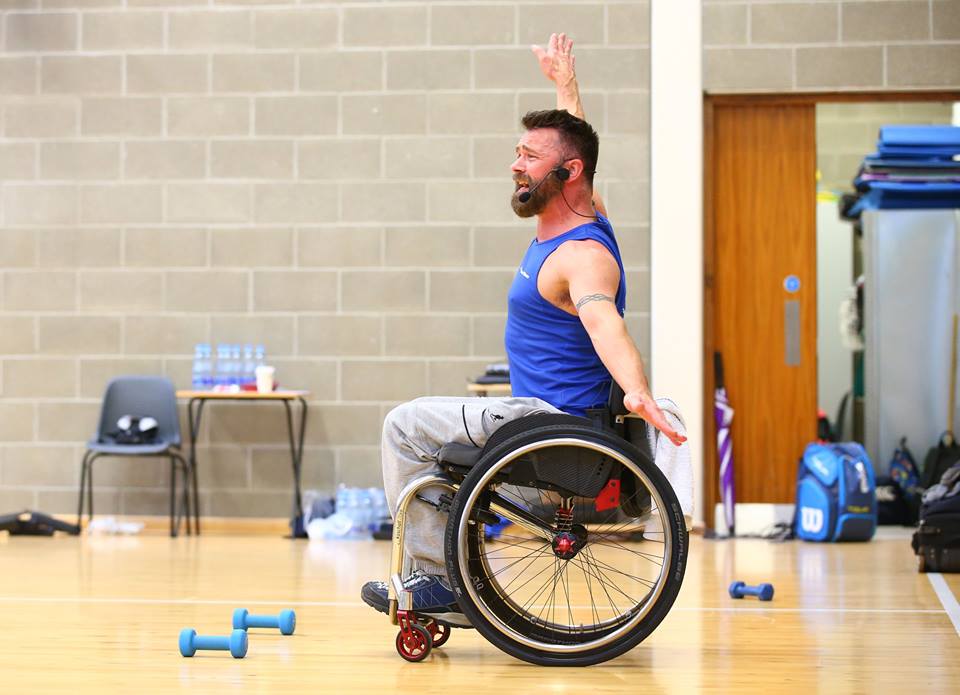 By 2008, he was in “constant, constant pain.” His legs would constantly give out and he developed painful growths on his joints. No matter what he tried, nothing seemed to be working to fix the problem.

In 2012, his partner Dean finally suggested he try using a wheel chair.

“My response started with an F and ended in two Fs (f*ck off),” he laughs. “Like a lot of people, you see a wheelchair as a very negative thing. That is how a lot of people see it.”

But as more time progressed, and as the pain intensified, Kris acquiesced and gave the chair a try. Much to his surprise, he actually liked it.

“It took all of the load off my legs and I was able to express myself again,” he recalls. “I got in the chair and I was free. Suddenly I could move at the same speed as everybody else, and I never looked back.”

Through it all, Kris says he never lost his passion for fitness. In 2012, he launched Wheely Good Fitness, where he offers fitness classes to people with disabilities.

“Most of the time, people think seated exercise is very gentle and low intensity, but this is actually high energy and high intensity,” he says. 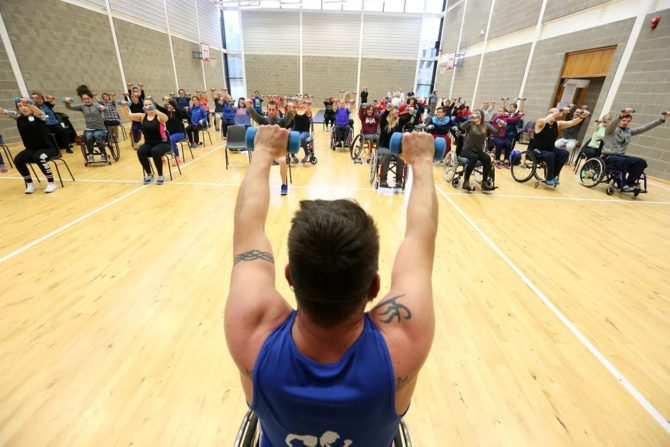 The program has been a huge success.

“I’ve created a bit of a family actually, a family of monsters,” he says. “They come in shy, head down and six months later, they’re a monster.”

Kris’ offerings include seated aerobics, mixed ability classes, and even spin, as well as video workouts. His latest class? Dancing!

“When I was a kid, I used to do ballroom and Latin dancing,” he says. “I was called a poof through school because of it and I didn’t even know I was gay then.”

So far, he’s been leading ballroom dance classes, but he hopes to incorporate more other styles and even plans on filming three wheelchair dance routines later this month.

“You can still dance in a wheelchair and express yourself,” he says.