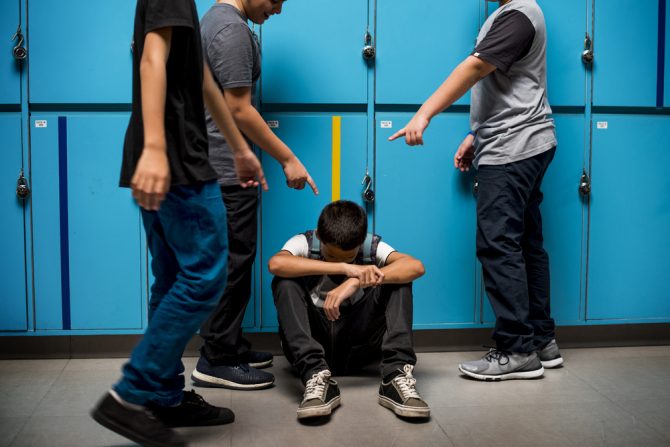 One gay guy on Reddit is wondering if his righteous anger turned into righteous a-holeness after his friends criticized him for rejecting his former bullies’ apologies.

“These people tormented me throughout high school solely because I’m gay,” he explains. “They made my life a living hell. I ended up in the hospital TWICE (one being a suicide attempt) because of them.”

Related: School superintendent laughs in the face of a man he tormented in middle school

Not mincing his words, the guy told each of them to “f*ck off” and “take their apology and shove it up their ass.”

“Yet when I explained that to my friends, apparently I’m being an assh*le?” he adds. “They said that I didn’t have to forgive them, but I ‘didn’t have to be an assh*le about it.’”

He begs to differ. “I don’t owe them my forgiveness,” he observes. “After what these people did to me, why do I owe them an apology? Why do I owe them even basic human decency? I almost f*cking died directly because of them, and now I should be kind to them? And suddenly I’m the assh*le if I refuse to? How does that work?”

Many of the commenters on the Reddit post are on the guy’s side. “I wouldn’t say you’re being an assh*le,” one writes. “You’re right, you don’t have to accept their apology at all.”

“Stop worrying about what your friend or anyone else thinks about the situation,” says another. “Their feelings don’t matter because they weren’t the ones hurt. If you want to forgive do it for you, not because people or society made you feel bad for not giving your bullies the peace of mind they stole from you.”

But not everyone is on the same page. “I agree with your friends,” a dissenting commenter says. “You do not need to forgive them, but you should’ve taken the high road in just telling them that what they did was wrong and you cannot forgive them for the pain they put you through.”

Other commenters, however, dismiss the high-road approach. “Here is what to all the high moralists: F*ck off,” one says. “You don’t owe it to anyone but yourself. If their apology made you feel better and if you would feel relieved forgiving then you do it. If you want them to f*ck off your life, then you tell them, like you did.”

Thoughts? Similar experiences? Let us know what you did or would have done in the comments below.