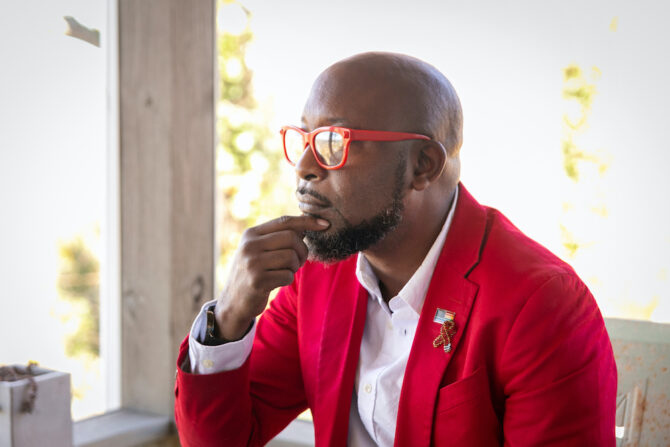 As the Friends theme song goes, so no one told you life was gonna be this way? Unfortunately for those of us on the homo side of the Kinsey scale, there’s no user manual for being gay, and our many of our life lessons are hard-earned.

Users in Reddit’s r/askgaybros community recently listed the aspects of gay life no one told them and they didn’t expect. And fair warning: Some of their revelations are hard to read, particularly the comments from those who feel isolated and alienated and even ostracized by fellow gays.

Here are some of the responses, touched up for brevity and clarity:

“That it could happen to me!”

“It’s kind of dumb, but when I was a teenager, I thought when you came out, it was a one-and-done type deal. Pretty quickly, I realized that you come out a bunch of different times to different people throughout your life. I guess I just didn’t realize it until I came out myself.”

“How your life really starts to diverge from your heterosexual counterparts as you get older.”

“That emotional availability is not the common trend for gays.”

“All the holiday locations that were suddenly off limits. Some were obvious, but I didn’t know that most of the Caribbean was hostile, for example.”

“Being gay doesn’t mean we won’t be assholes to each other.”

“That fact we no longer are held to expectations like getting married and having kids.”

“How lonely being gay actually is.”

“Growing up in the closet, I just had no basis to imagine there was such a thing as ‘a top’ or ‘a bottom.’ I had no idea that the concept of ‘versatile’ existed because I thought that’s literally what ‘gay’ meant—the freedom to enjoy both, the freedom to give and receive pleasure from both. The whole point, so to speak. At least in my mind. Anyway, after coming out and banging my head against the stubborn, bewildering wall of reality that other men are gay for totally different reasons, with totally different desires and totally different definitions, of course I accept it intellectually. To each his own, and may everyone only do what they want, even if it’s not what I want. I get that. But emotionally, I am right back where I started, and I absolutely don’t relate to men who prefer roles, and I completely wasn’t expecting that to even exist before I came out.”

“How harsh and judgmental some gays are towards each other. I find myself not having much in common with many fellow gays due to drama and cattiness.”

“The isolation in having to deal with heartbreak, sadness, and those terrible emotions when becoming sexually/romantically active. To this day, I don’t have a solid group of guy friends I can talk to, so I have learned to swim through the emotions on my own. I have friends and family, but it’s still a bit hard for them to understand why dating is hard for someone like me.”

“How isolating it can be if you’re not into the arts/culture/theatre scene. If you’re into sports/cars/outdoors, good luck finding a group of friends where you really fit in.”

“That I would work my ass off and get into the most elite university in the universe for my chosen field and then be harassed and/or ignored so I wouldn’t ‘contaminate the discipline by going on in a career.’”

“How emotionally immature a lot of gays are and how alienated the ‘community’ is.”

“I honestly thought at one point that gay people and straights were destined to be ‘enemies’ once they found out. Then I discovered karaoke in 2011. There I saw openly gay people and straight people hanging out together, knocking glasses, and rubbing shoulders, and if anyone dares say anything or charge at them, the straights would be the first to rise in their defense. That was totally foreign to me, but thanks to them, I gained the courage to more be myself and enjoy life, instead of caging myself in order to please the world around me. Even gave me courage to start opening up to people.”

“That nothing about my life will change.”

“Okay, sorry in advance for being completely honest and a bit of a downer, but it’s feeling different and alone a lot of the time. I don’t live in a very progressive area of the U.S., and there aren’t a ton of openly gay people around. The ones that are around only want sex, period. Casual sex is not my thing, but I have some extra weight that I’m losing, so I’m not getting hit on often anyway. I have no problem being one of the guys, but I’m obviously gay and don’t share a lot of interests with the guys around me. I stuck out like a sore thumb at my last job. I was good at what I did, but I didn’t fit company ‘culture’ because I didn’t think casual racism/sexism/homophobia were funny. … I have a small group of friends that are amazing, but I can’t talk to them about a lot of stuff that I have to deal with—most of my friends are women or have been in a relationship for extended periods of time and have a great family background in a liberal area. I have no regrets about being gay, but I wasn’t expecting how alone I’d feel most of the time. It can be really frustrating.”

“How uninviting the gay ‘community’ really is. How much gossip and bullshit drama is literally just part of it. No, thanks.”

“Finding a gay-friendly doctor is fairly difficult, especially when you factor in insurance and appointment availability.”

“You make a lot of friends through hookups. You get an extra one or two decades of youth, since your youth was compromised with being in the closet, family pressure, bullies, awful religious experiences, etc. The glow-up is amazing. Karmic justice.”

“It’s hard to have a long-term relationship. Most of the gays only want sex or the perfect guy. Also, I didn’t know that it was super common and (also necessary) to ask if the guy is top or bottom.”

Related: Are there apps for making gay friendship and not dating or sex? Reddit says…

“1. Coming out is not going to solve all problems of your life. You can be happy while being in the closet with your family. 2. Money and muscles will make many things marvelously easy but don’t give any guarantee of getting a merry love life. 3. No matter how angry you are, you should start feeling better once you cross into your 30s. 30s are not the end of life. 4. Be savvy with your money; start saving and investing from younger age, because unlike your straight brother, you are not gonna have two incomes after your mid-20s. 5. Yes, you can have a happy life. 6. Life is beautiful.”

“Just how expensive it is to be gay.”

“That in any job interview I’d ever do where I was interviewed by a woman, I’d get the job. It’s always the same. They see I’m a dude, and they tense up and get all serious. Then, when they hear my gay twang, they ease up, and it’s chill the rest of the time. #GayPrivilege. Opposite for a dude, though. I’ve only gotten one job where I was interviewed by a guy, lol. And it’s probably because he was gay.”

“That sex and hookups come easy, but genuine relationships and intimacy are hard to get.”

“How much you need to consider your fiber intake.”