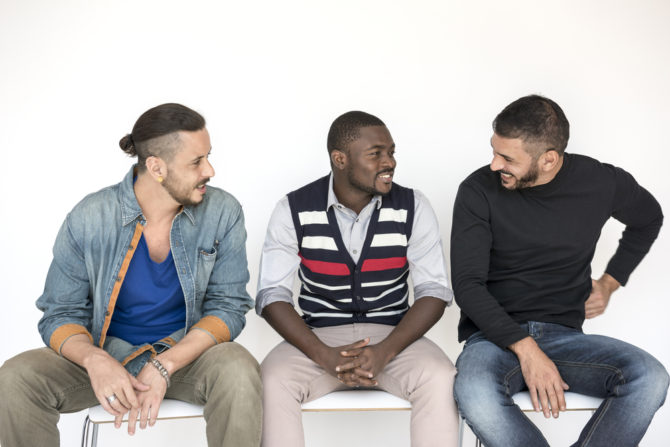 A new Reddit thread asks users: What’s your least favorite thing about being gay? And the responses are all over the map.

“Dealing with legal and public matters,” one guy writes. “Like, getting a lawyer. I’m asked if married and when I say yes, I’m asked my wife’s name. When I say I have a husband and give his name, it’s always awkward.”

To which someone else replies, “Whenever this happens, I just give them my husband’s name and let them connect the dots. If it makes them uncomfortable it’s not my problem.”

“Finding someone to date,” another person writes. “I can’t exactly walk up to any random guy and say ‘hey want to go out?’ because he may well punch me in the face.”

Another guy agrees, “Definitely the dating pool. My straight friends and family used to give me shit for online dating, but it’s like, when gay men are only 5% of the population, the chances of just randomly locking eyes with someone in a bookstore are next to nil.”

“The constant fear of having to have an awkward conversation with someone when they ask me a question that would prompt me to reveal my gayness and have an awkward exchange,” someone else writes. “Assuming I have a girlfriend, asking who I live with… etc.”

Related: These Locker Room Confessions Will Make You Renew That Gym Membership…Or Cancel It

“White supremacy and racism,” another person says. “It is a REAL issue in the gay community.”

Other complaints include people assuming your boyfriend is your brother because you look alike, dealing with straight women who want GBFs, and coping with depression.

Then there’s this little gem:

“To be honest, these are real good points and very socially conscious,” one guy writes, “but after reading the topic I immediately thought: Prep work. :-/”

What about you? What’s your least favorite thing about being LGBTQ? Sound off in the comments…