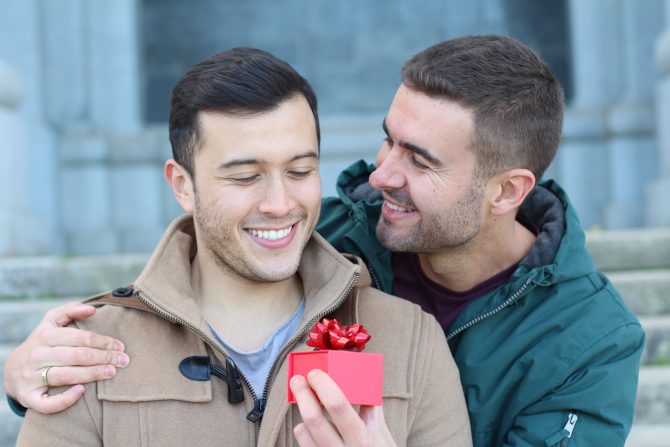 Santa’s got some fabulous gifts in his bag! In various threads around Reddit — like this one and this one — guys have been revealing the gayest Christmas gifts they’ve ever given or gotten. The highlights below include NSFW rubber duckies, sexy Xmas ornaments, Divine memorabilia, and multiple sex toys.

Related: 10 last-minute gifts that will arrive before Xmas and keep the yuletide gay

“One time my now-ex-boyfriend’s ex got us gifts for some reason. He gave me a pair of tiny (squirrel size, there was a squirrel on the package) white briefs. The gayest gift I’ve given is one of those Borat bikinis, and the guy wore it, and we died of laughter.”

“Husband is going to get this for Xmas.” [Check out his Pink Flamingos Divine figurine below.]

“Not overly gay, this, but I once received from my boyfriend, for our first Christmas together (along with a couple other things), a ’Duck with a Dick.’Yes, it’s exactly as you’d imagine.”

“Rainbow stuff and jockstraps given and received are probably the most gay gifts between my boyfriend and me.”

“Seasons of Desperate Housewives. The funny [thing] is that now, years and years later, I kind of miss them.”

Related: 6 amazing stores where you can buy gifts while supporting indie queer business

“For me, it’s definitely these ‘Christmas ornaments’ Amazon keeps recommending to me, despite never having bought anything like this before.” [See the “sexy fairy” ornament below.]

“Got a bunch of glitter pens from my big brother for a Christmas present shortly after me coming out.”

And finally, one Redditor shared this post — apparently, there’s nothing gayer than Kingdom Hearts!

My gayest Christmas gift from OneyPlays