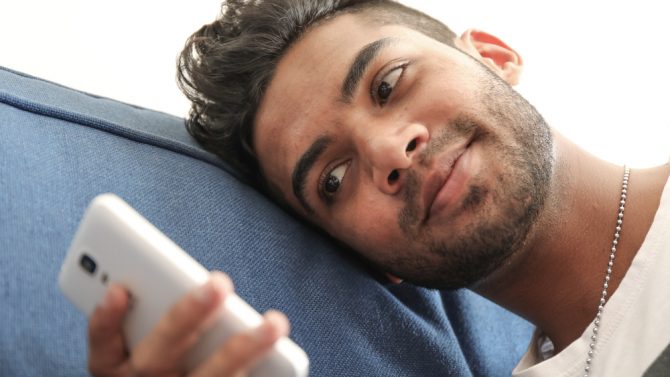 Hookups are only a few taps away with Grindr, but is that such a good thing? In a recent thread, Reddit users revealed how the app changed their lives, and as you might expect, the changes aren’t all upgrades. Read on…

“It made me feel a little better about myself. Don’t get me wrong, I get rejected by 90-95% of the guys there, lol, but I thought it would be worse. Still, I’m getting tired from hooking up and I plan on deleting it for a while.”

“It opened a door to new people and experiences while I was in my small hometown, but it made me hate myself and realize that I will never be anyone’s type; I’m just a cheap piece of flesh for the night.”

“Helped me a lot at first with gaining experience with dating and sex, then after about 6 months, that’s how I met my BF. We’ve been dating about a year and a half now. Not sure I could ever go back to Grindr though. Being in a monogamous relationship really changed how I feel about sex, and I’m not sure I could ever do that with some random stranger again.”

“It’s made me realize that attention from men is often fleeting and isn’t the only thing I need to have a good self-image, even if it is nice in the moment.”

“I got knocked down several pegs. Was low-key already on a low rung before.”

“Allowed me to stalk gays all over the world.”

Related: Grindr users face new scam…and this one is a doozie

“Shoot, I don’t like to think it changed my life. For me, it’s an option that’s there if I should want a hookup. I’d rather not be thinking that Grindr will be in my obituary, though.”

“It definitely knocked me down a few notches, but maybe I was on a high horse and had an unrealistic perception of how attractive I actually am. Haha. It also helped me get more comfortable and experienced sexually. Overall, I’d say it was a positive impact.”

“Confirmed for me what I suspected all along: My best friend from high school is gay, lol.”

Responses have been edited for readability.