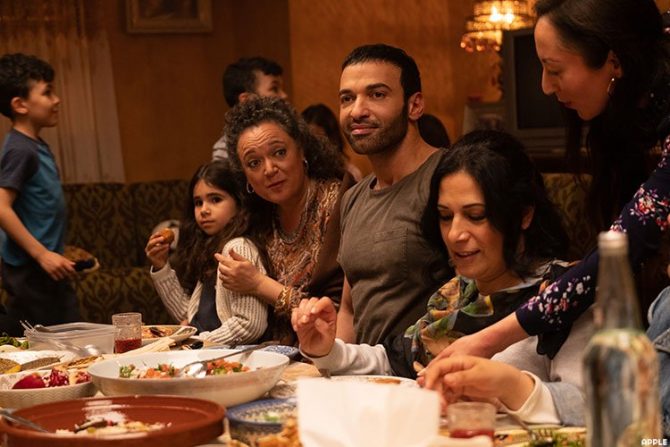 Haaz Sleiman stars in “The Son” as Rafiq, who is forced to flee his home in  Syrian village of Qardha after his father catches him kissing another man. Initially, Rafiq goes to Damascus, where he meets another gay man, who encourages him to seek asylum in the West.

Sleiman, an openly gay Arab who moved to America from Lebanon as a young person, tells Salon he immediately connected with the story.

“I felt [the script] was so strong, and relatable, and universal,” he says. “There are similarities to my story. My father emotionally set me on fire, but over time, he actually did love me. He told me he loved me and would defend me.”

Growing up in Lebanon in the 1980s, Sleiman kept his sexuality a closely guarded secret. He says the fear of being found out was “debilitating ” and “crippling.”

“I felt so isolated and lonely,” he recalls, “and I felt I couldn’t share who I am with anyone. I felt I was not seen, that I didn’t matter, that something was wrong with me. But no matter how much I tried to change, you cannot fight nature, and I kept losing to what’s natural.”

Of course, that is no longer his experience. In 2017, Sleiman made headlines when he came out publicly as both gay and “a total bottom.”

“Fans around the world have thanked me for the way I came out and said I made them feel powerful and not apologize for the way I am,” he recalls. “I’m glad I’m inspiring young queer people across the globe and giving them a role model.”

He continues, “That I came out and said, ‘I’m a total bottom,’ might turn off executives. I didn’t care. Coming out made me a better actor. And I don’t regret it. … I’m ready to break out and change the conversation and challenge the world that we live in.”

Asked what he hopes audiences take away from Little America, Sleiman says he hopes it opens their eyes to the immigrant experience.

“I think the show is a reminder that it is a land of immigrants, and Americans should be kinder to each other because we all come from a different part of the world, different continents, different religions, backgrounds, and ethnicities,” he says.

“It reconnects us to the humanity of that journey of the American immigrant and what the nation is really based upon. It reminds us about that in a beautiful way and the truth of that. Even when an immigrant moves to America for a better life, it’s not sweet and perfect.”

Watch the trailer for Little America below.

Related: ‘Nurse Jackie’ actor Haaz Sleiman comes out: ‘Not only am I gay, but I’m also a bottom.’