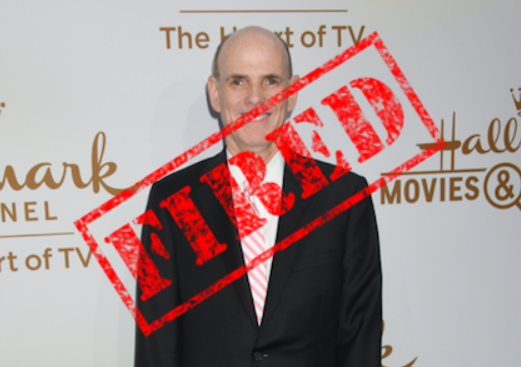 One month after pulling an advert featuring a same-sex couple, Bill Abbott, the CEO of Crown Media, parent company of Hallmark Channel, is out of a job.

The drama started back in December, when the Hallmark Channel yanked a commercial featuring a same-sex couple getting married after receiving pressure from the antigay hate group One Millions Moms.

At the time, Hallmark said it was doing so because the ad was “distracting from the purpose of our network, which is to provide entertainment value.”

A swift backlash ensued, with many criticizing the network for bowing to a homophobic hate group. Even Ellen, who rarely gets involved in these sorts of things, weighed in on the controversy, tweeting, “What are you thinking? Please explain. We’re all ears.”

Isn’t it almost 2020? @hallmarkchannel, @billabbottHC… what are you thinking? Please explain. We’re all ears.

Within 24 hours, the network revered course. In a statement, it apologized for making “the wrong decision” and said it was “truly sorry for the hurt and disappointment this has caused.”

“Our mission is rooted in helping all people connect, celebrate traditions and be inspired to capture meaningful moments in their lives. Anything that detracts from this purpose is not who we are.”

Then yesterday, Hallmark announced Bill Abbott has stepped down as chief executive of Crown Media Family Networks. Abbott had been with the company for 11 years.

In a statement, Mike Perry, president and CEO of Hallmark Cards, didn’t give a reason for Abbott’s abrupt exit, instead saying that it’s “more important than ever that we find relevant new ways to grow our business.”

“I want to thank Bill for his many years of success and contributions to Crown Media and wish him continued success,” Perry said. “I have tremendous confidence in the Crown Media management team and with this team in place, I will begin a search for Bill’s replacement.”