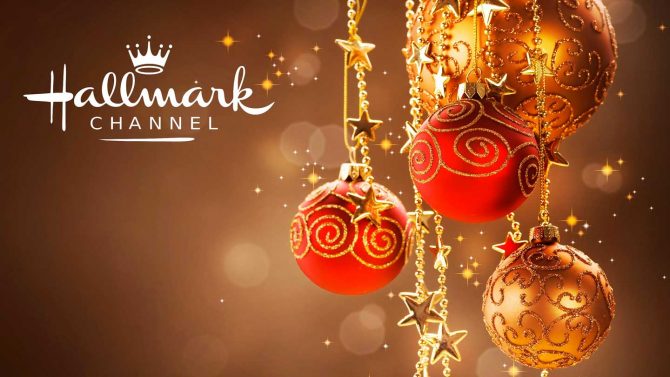 This year, the Hallmark Channel will broadcast 24 all-new, made-for-tv holiday romance movies as part of its “Countdown to Christmas” programming. That’s up three from last year. None of those films, however, will feature any same-sex couples. In fact, to date, Hallmark has never produced a single movie featuring a gay lead.

But that may soon be changing.

Bill Abbott, CEO of the Hallmark Channel, recently told The Hollywood Reporter that the company is “open” to making movies featuring LGBTQ leads and storylines, it just hasn’t received the right script… yet.

When asked specifically whether Hallmark has considered incorporating stories about same-sex couples at Christmastime, Abbott replied, “We’re open to really any type of movie of any type of relationship in any space.”

“We are always encouraging people to bring us stories across the board,” he added. “It’s certainly something that we do discuss consistently with our team and with our talent and with the agencies.”

Abbott went on to say the company receives a lot of really bad scripts and stories, which is part of the problem.

Naturally, many conservatives don’t like the sound of this. Even if Hallmark hasn’t made any LGBTQ movies yet, it’s clearly eminent, and that’s not good. After all, the channel is supposed to represent the status quo of America, which, until recently, meant only telling stories about straight, white, cisgender people. If they start adding LGBTQ perspectives into the mix, what does that say about our Judeo-Christian values?!

Please, no. People turn to Hallmark for clean simple stories that are family friendly. Bag on Hallmark, but the truth is that they make clean stories… And you know you love their Christmas movies too. https://t.co/TBL5wLfVcx

Making gay Hallmark movies will be the jump the shark moment for Hallmark. Wil they be able to withstand the pressure from the left? Bet you’ll see a gay Hallmark movie next year and my wife’s 24/7 Hallmark binge will be over. Never forget , Leftist ruin everything

You’d hafto strap me to a chair & tape my eyelids open to get me to watch a Hallmark movie, especially now they’re coming out with gay Hallmark movies! I’m the football girl, cook & bottlewasher in this house. ?

Almost every other show is offering that! There should be family shows where that is not a topic. Nor do we need to be politically correct, on one freakin’ channel. LGBTQ Group Calls on Hallmark Channel to Broadcast a "Gay Christmas" | Todd Starnes https://t.co/dGrv8EeypM

This is almost as bad as when Starbucks released those all red “anti-Christmas” holiday cups.