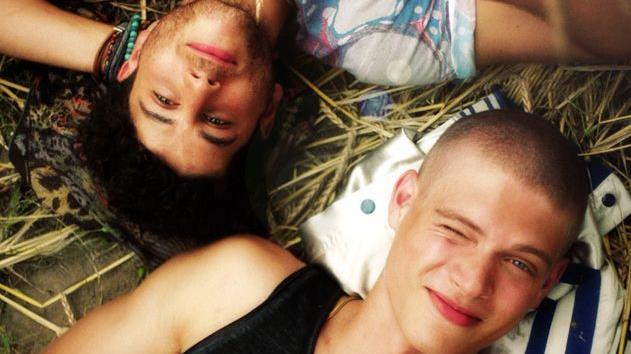 We will not spoil a wonderful film here, so you’ll have to catch Just Friend (Gewoon Vrienden) at Austin’s All Genders, Lifestyles and Identities Film Festival, formerly known as the Austin Gay & Lesbian International Film Festival, now in its 31st year.

aGLIFF returns this September 6-9 (tickets, here!) to Austin’s Alamo Drafthouse and features films that have already caused a stir this year: Mapplethorpe, Studio 54, Man Made and Mario .

The festival also features a number of hereto-unseen films set to rock the Texas capital, including Daddy Issues, Riot and Alaska is a Drag.

With aGLIFF set to usher in a release of new queer interest films sure to raise a few eyebrows, we’ve gone ahead and had a look at the upcoming screening slate to pick out the must-see films at this year’s festival.

Grab the popcorn and a calendar: check out our screening list for this year’s aGLIFF.

Hunky medical student Yad leaves behind his partying days in Amsterdam to settle in a quiet Netherlands town with his parents and lead a respectable life. Imagine his shock then, when an elderly patient sets him up with her handsome grandson Joris. A romantic comedy that examines how love survives even the craziest of family problems, Just Friends also features breakout performances from stars Josha Stradowski and Majd Mardo.

Thomas and Jacques can’t wait to become dads, courtesy of their surrogate, Diane, who can’t wait to give birth–until she meets a handsome young electrician name Fabrizio who changes her perspective on love and family. This French dramedy examines the perils of surrogacy for both LGBTQ people and their surrogates in a time of evolving family structures.

Inspired by the LGBTQ rights movement in the United States, our Australian cousins followed suit in 1978, beginning their own strides toward equality. Riot brings to light that struggle, which pitted a small band of activists against the last remnants of the British Empire.

Though Gay Liberation may have started in New York with the Stonewall Riots, the movement flourished on the streets of San Francisco, thanks in part to the Imperial Council, a non-profit activist group dedicated to advancing LGBTQ rights and living conditions through drag pageants. 50 Years of Fabulous tells the story of the Council, one of the oldest—and least known—gay rights organizations.

While bourgeoisie America tuned in to American Bandstand in 1968, the underground discovered SOUL! on PBS. The first all-black variety show on national TV helped advance the careers of artists like Patti LaBelle, Arsenio Hall, Toni Morison and James Baldwin, thanks to the keen eyes and ears of out-gay host/producer Ellis Haizlip. This new documentary tells the story of Haizlip and his groundbreaking show and traces their influence to the pop culture of today.

Young Leo dreams of leaving behind his modest life in rural Alaska behind to pursue a career as a drag superstar. He has only his wigs and make-up until his boss says he shows potential as a professional boxer. Can a man box in heels? Leo learns, along with buried secrets about a handsome sparring partner.

Meet Maya, the 19-year-old “pixie” party girl in love with a gender fluid Instagram star. Maya’s main rival for her crush’s affections? Her own father. Needless to say, things get complicated in this surreal and sparkly story of lust and fame in Los Angeles that combines the visual aesthetic of a Katy Perry video with the noirish depravity of Alfred Hitchcock.

Terrence McNally may not have the name recognition of Arthur Miller or Edward Albee, yet he ranks as one of the most prolific and respected dramatists in American history. The author of Love! Valor! Compassion!, The Full Monty, The Ritz and Ragtime, his plays ushered in a new era of visibility. Featuring interviews with Nathan Lane, Angela Lansbury, Rita Moreno and Larry Kramer, this new documentary sheds light on how his life as an out-gay man inspired him to write some of the most beloved plays of our time.

aGLIFF runs Sept. 6-9
Buy your tickets or badges before they run out!