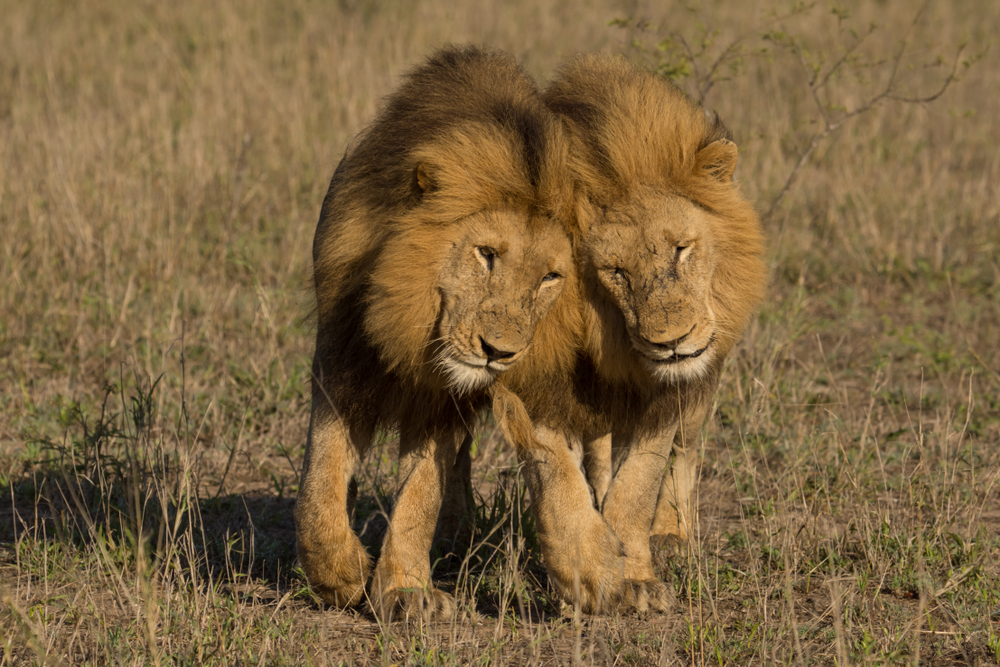 Footage of two male lions in a zoo appearing to engage in gay sex has gone viral.

It’s unclear when the video was shot, but what’s going on is clear. A male lion hops on top of another male lion and starts pounding him.

The clip was originally posted by Twitter user @Diegothunder_90. However, what sent it viral was when it was retweeted by another user, Claymala Harris (@djordxc), who commented on the fact that a female lion in the enclosure wanders over to the pair, mid-act, to check what’s going on.

“Now this is some tea here. ??Sis pulled up to the scene w/ questions.”

Now this is some tea here. ??
Sis pulled up to the scene w/ questions. pic.twitter.com/ILXLf5QsbL

The top lion, seemingly angry at being disturbed, leaps off his buddy to scare the female away.

The tweet has prompted a huge amount of debate.

One argument repeatedly voiced by homophobes against same-sex attraction is that it’s “not natural.” In fact, same-sex sexual behavior has been noted in at least 450 different animal species – something many commentators discuss.

Others question whether the lions were truly having sex, although others need little convincing.

“Ok but did anyone notice how he went deeper after a few strokes?” said @thatdivad. “He was in his GUTS ??”

Others quipped that the female lion was coming to check up on her partner but was untroubled by the situation.

“She walked right up to buddy and kissed him right in the mouth; she knew who she married,” (@octarell)