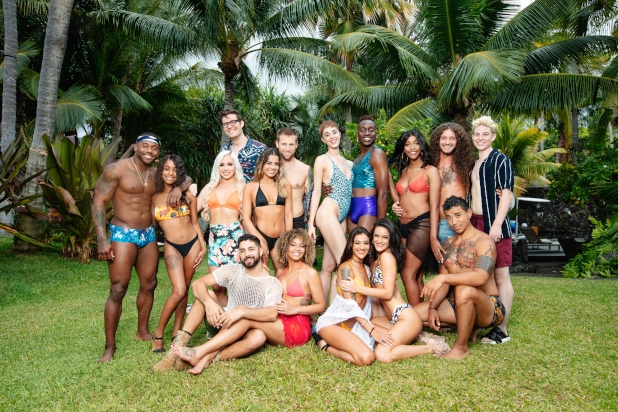 MTV just announced the that the upcoming season of its hit reality series Are You the One? will feature a sexually fluid cast.

According to The Hollywood Reporter:

Following Are You the One?‘s signature format, 16 singles will travel to Hawaii in hopes of finding their “perfect match” and splitting the $1 million cash prize. But, for the first time ever on a dating competition show in the U.S., there will be no gender limitations, as each castmember identifies as sexually fluid.

Terrence J. will return as this season’s host. He will be joined by newcomer Dr. Frankie, a “relationship expert” who helps singles deal with the after effects of things like ghosting, benching, and stashing. His job will be to help coach the contestants and hopefully steer them away from falling into these dangerous dating traps.

MTV says this season of Are You the One? will also feature coming out moments, as well as teaching audiences about the nuances of sexual and gender identity and share powerful stories about finding love as a sexually fluid individual.

You can read about each cast member and see their individual photos HERE.

Season eight of Are You the One? premieres on MTV on Wednesday, June 26.

Subscribe to Queerty for a daily dose of #entertainment #areyoutheone? #dating stories and more