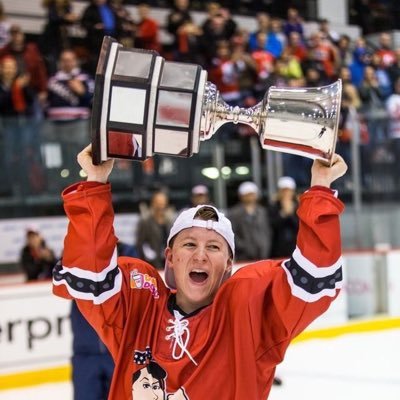 When Harrison Browne came out publicly in 2016, the National Women’s Hockey League player became the first out trans athlete in an American pro sports league.

Browne embraced his very visible role, even unretiring last year so he could continue to be a beacon of hope for other trans athletes.

This weekend he is a special guest at Outsports Pride, an annual event in New York City.

Browne talked to Queerty about the symbolism of his career and the role of courage in unlocking the potential of the LGBTQ sports community.

It doesn’t feel any different. It feels the same because it’s technically still the offseason. But I’m sure it will feel different come September. But right now I’m working out for fun and taking life for what it is.

Athletes love to go out on top, and when you retired in 2017 you had just won the NWHL title. Yet you decided to postpone your transition and return for the 2018 season.
Just my love of the game of hockey, and wanting to be around my teammates and wanting to be in the hockey environment. I just didn’t want to give it up. And the good that my story did, and being visible in the media and having that platform of being an athlete was something I used to push that narrative of trans athletes, and it was something I really wanted to do for another year.

How much did it mean to you to then win the championship in 2018 and, finally, be able to go out on top?
At first, it wasn’t the main thought for me. I had just won the title with the Buffalo Beauts. It was a storybook ending when I retired after winning the title in 2017, and there was a little thought in my head that what if I don’t win in 2018, would it still be a storybook ending. So when it happened, being able to officially retire on top was a big deal to me. 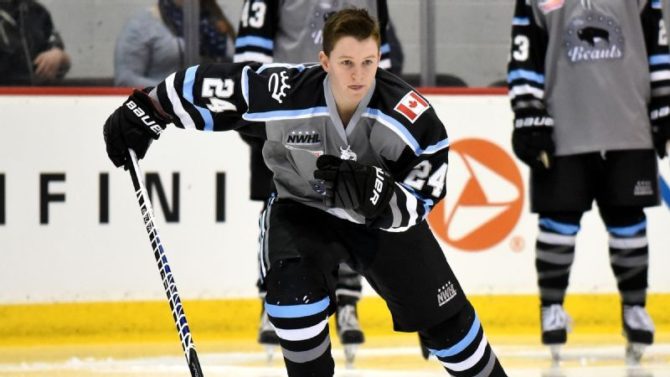 At what point did you know that 2018 would be your final season?
There wasn’t a day I can pinpoint, it was just kind of getting too much in my public life, in my daily life outside the rink, it was getting too much to be misgendered, to not be seen as who I was by strangers, by the public, who didn’t know my story. It was just wearing on me this past season. As the hockey season was coming to an end I was thinking I had had a great run, and it was time to be seen for who I am by everyone. So the decision was really a progression, not a moment.

You’ve been doing seemingly an increasing amount of appearances since retiring. Is that part of your plan? To remain a symbol for trans athletes even in retirement?
That was something that was important to me. Being a visible athlete gave me a great platform and the opportunity to speak on behalf of trans people. I’m not just an athlete, I have a responsibility to be an advocate and advocate on behalf of people in my community. It’s something I’m passionate about and I’ve gained more passion to talk about these things.

You’re a guest at Outsports Pride in New York later this week. The event’s tagline is “Courage Is Contagious.”
It takes a lot of courage to be yourself. I think about the number of messages I have received from people, and tweets I get, from people saying, “Just seeing you be yourself inspired me to be myself.” And that’s something that’s a common theme. I’ve also received courage form, other people, like Chris Mosier. His courage was contagious for me.

With this being Pride month, and you participating in various pride events, what does this mean to you?
Pride is a little bit of a somber time for me when you think about where we had to come from and all the struggles that people before us went through. I’m living in a world where I can be myself. I can say I am a transgender man, and I can demand these pronouns. I have the privilege of doing that, and the only reason I can do that is that the people in the past fought for the trans community. So it’s a time of reflection for me.

But it’s also a time to celebrate how far we’ve come and  a chance to look in the mirror, and look at the state of where the world is right now and say “this isn’t enough.” It’s a time to come to action and fight. With the current government in the United States now, it’s most important to be open and spread your courage and to help educate people and inspire them. Being visible is a huge thing. It’s more important than ever. Pride is a call to action to be visible and vocal.

Cyd Zeigler is the co-founder of Outsports. He can be reached on Twitter @Outsports, and Harrison Browne @HBrowne24.