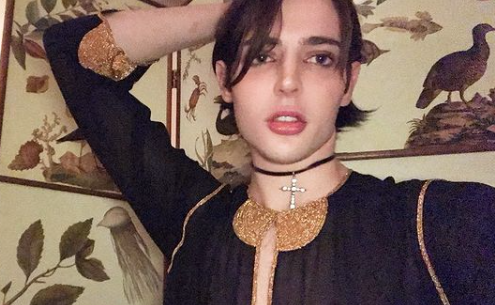 Harry M. Brant, son of supermodel Stephanie Seymour and billionaire industrialist Peter M. Brant, has died at the age of 24 of an accidental drug overdose.

Harry was often seen with his brother, Peter Jr., on high profile red carpets. In 2015, the two brothers partnered with MAC cosmetics to launch a unisex cosmetics line “aimed at the gender fluid youth movement.”

His family, who say Harry has long struggled with addiction, issued a statement to the New York Times about their loss.

“We will forever be saddened that his life was cut short by this devastating disease,” they said. “He achieved a lot in his 24 years, but we will never get the chance to see how much more Harry could have done.”

“Harry was not just our son,” the statement continued. “He was also a wonderful brother, loving grandson, favorite uncle and a caring friend. He was a creative, loving and powerful soul that brought light into so many people’s hearts. He was truly a beautiful person inside and out.”

Following a 2016 arrest for drug possession, Harry was reportedly planning to check into a drug rehabilitation center later this year, his parents said. His plan was to eventually work at one of his father’s publications, which include Interview Magazine.

Harry also dabbled in his mother’s profession of modeling, appearing in campaigns for Italian Vogue and Balmain.

In a May 2020 interview with fashion designer Marc Jacobs for Interview, Harry spoke of his passion for makeup. “To me,” he said, “wearing makeup is almost like a sense of armor that can be wielded whichever way I want, as a completely transformative form of self-expression.”

If you or someone you know is struggling with addiction, please contact the SAMHSA substance abuse helpline at 1-800-662-HELP.