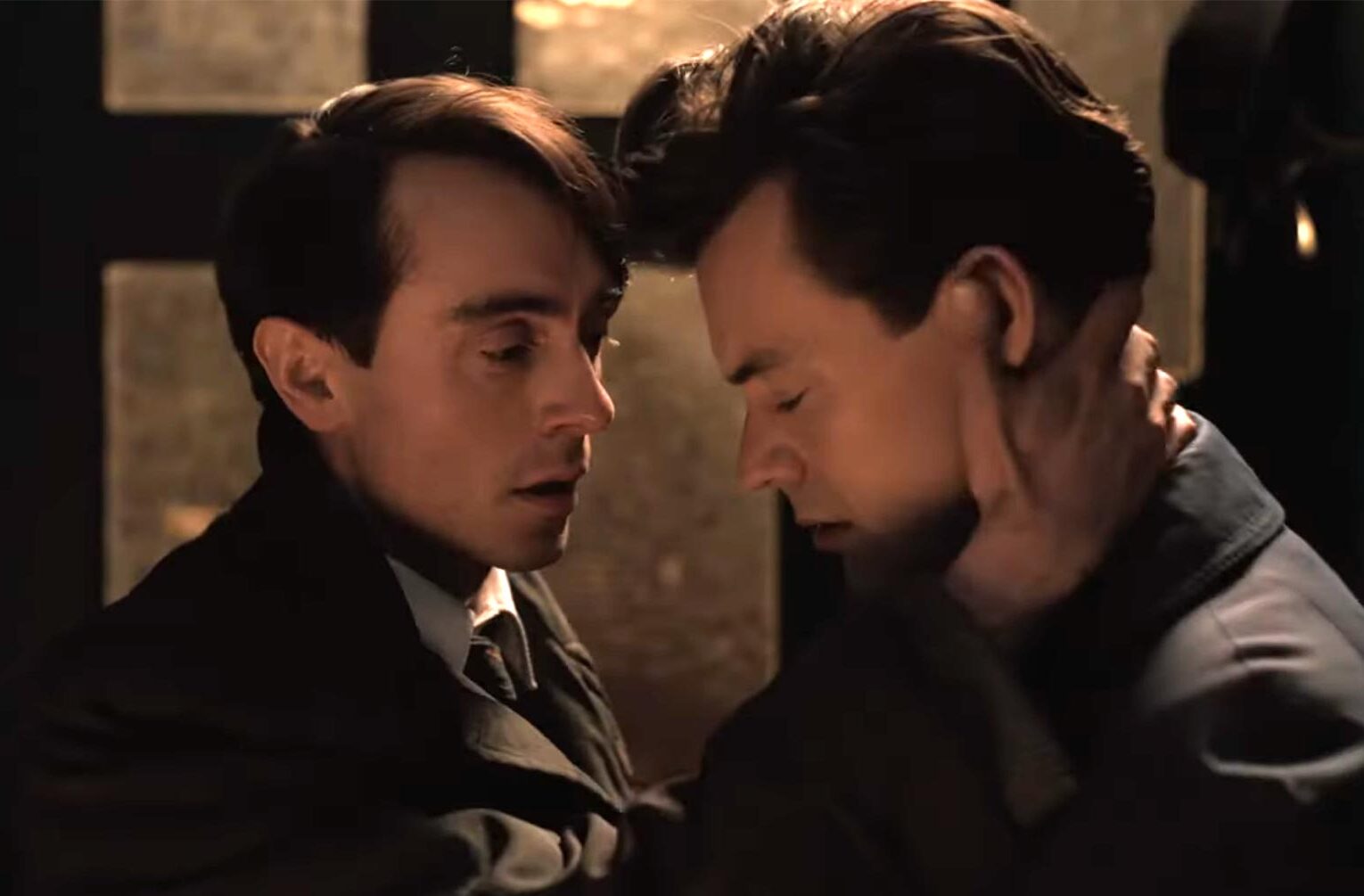 The much awaited queer period drama My Policeman debuted at TIFF this weekend, and it’s certainly got folks talking. Among them is lead actor David Dawson, Harry Styles‘ scene partner for those most intimate moments.

Dawson sat down with Entertainment Weekly at the festival to talk all things intimacy on-set.

“[Director] Michael Grandage was wonderful in that respect,” he says. “He created a space that was full of nothing but support, and brought on a wonderful intimacy coordinator, and the four of us explored what we wanted those scenes to be, together.”

“Me and Harry promised each other we would always look out for each other during it,” he notes.

As strong as their report was, he also says he “can’t emphasize the importance of an intimacy coordinator enough.”

Related: Harry Styles on the “tender and loving and sensitive” gay sex scenes in ‘My Policeman’

Part of developing their intimate chemistry was Dawson’s own internal battle with separating Styles, the superstar persona, from Styles, his costar.

“Because of COVID, we had to do our meet and greet on Zoom,” he recalls. “The day Michael says ‘You’re going to be meeting Harry Styles on Zoom,’ [you think], ‘How strange is life?’ Very quickly you have to get rid of the musician you knew him as before.”

The singer has commented on the film’s sex scenes as well recently. Unfortunately for him, his remarks weren’t quite as articulate as Dawson’s.

One comment in particular garnered a mass of critiques from the queer community. In it, he stated that “so much of gay sex in film is two guys going at it, and it kind of removes the tenderness from it,” and indicated that their movie would be more “tender and loving and sensitive.” It is, admittedly, a bit of a yikes comment from a figure who’s not much of a public authority on gay sex.

Related: Go between the sheets with Harry Styles for some quality bisexual spoon time

Dawson, however, has nothing but praise for his costar.

“He’s a good Northern lad like myself,” the actor says. “And we had the luxury of a three-week rehearsal process to build on that friendship and chemistry.”

If you haven’t checked out the trailer yet, see what all the fuss is about here: