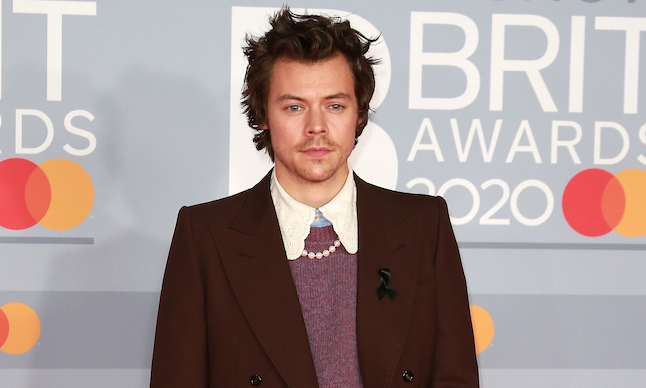 Harry Styles has finally spoken about his viral moment with Chris Pine, and he didn’t exactly deny the allegations!

The singer touched on the situation last night during his first show back at Madison Square Garden following the Venice Film Festival.

Naturally, he addressed it in his joking style:

Harry Styles jokingly addresses internet speculation that he spat on Chris Pine at the Venice premiere of #DontWorryDarling:

The sadly debunked salivary incident was just the latest in a media firestorm surrounding their upcoming film Don’t Worry Darling.

Rumors have been flying about a number of supposed interpersonal conflicts on set. The main alleged beef was between Florence Pugh and Olivia Wilde around Wilde’s treatment of ex Jason Sudeikis, who Pugh is friends with.

Then came speculation that Pugh and since-departed cast member Shia LaBeouf had tensions over his long-standing abuse allegations.

Even more recently were rumors of conflict between LaBeouf and Wilde, after differing reports over why he left the film came to a head in a leaked video of the director asking the actor to remain on the project.

What people perceived as a video of the film’s leading spitting on his co-star, one of Hollywood’s most beloved Chrises, was just the cherry on top of this pile of pop culture mess.

Related: The most iconic Harry Styles outfits (And how to recreate them)

A representative of Chris Pine has released a statement following the moment taking off in which he calls the rumor “a complete fabrication.”

“Just to be clear, Harry Styles did not spit on Chris Pine,” The rep told Variety.

“There is nothing but respect between these two men and any suggestion otherwise is a blatant attempt to create drama that simply does not exist.”

Styles’ new statement to the contrary is a fun bit of sarcasm from a star who’s in on the joke.

Either that, or he really did spit on that man. Both options are pretty fun!