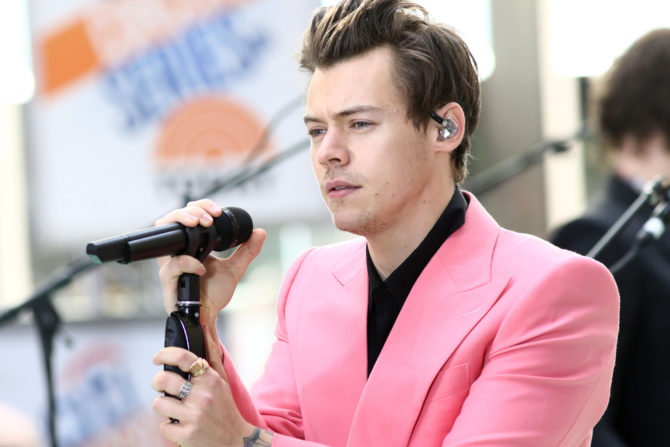 Harry Styles has avoided using words like “heterosexual” to describe himself in the past, and the reason why may now be coming into focus.

Fans are interpreting the lyrics of his new song “Medicine” as a not-so-subtle confirmation that he’s into girls and guys and whatever, man, he doesn’t do labels.

Here’s the verse that has the Internet convinced this is a thing:

To add to the intrigue, some people are hearing an even more telling lyric.

“the boys and the girls are here, i mess around with him, and i’m okay with it”
this is the new bi anthem, thank you harry styles pic.twitter.com/xh76WhnxMd

Related: Harry Styles kissed a man and fans can’t even

Harry Styles was only 23 when he wrote the bi anthem Medicine https://t.co/coXX7gjyjK

harry styles literally made a song about giving head to girls *and* guys. bi culture is thriving.

lyrics from harry styles unreleased song he’s doin at new gigs now can we please accept him as the bi icon he was always meant to be pic.twitter.com/7HP7a7nURT

The song already has one high profile gay fan a bit hot and bothered:

The lyrics of Medicine by @Harry_Styles have me ???