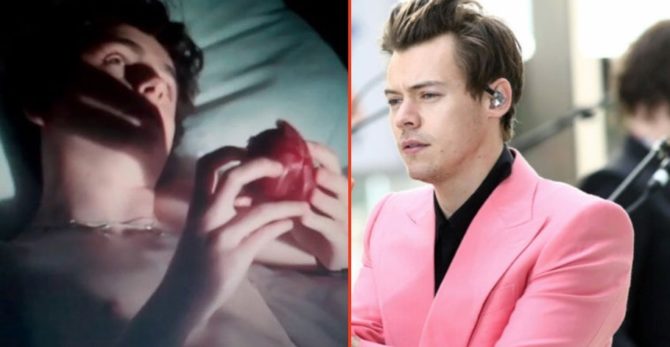 Just when we thought everyone was through talking about Call Me By Your Name’s “peach scene,” Harry Styles has popped up to get to the pit of the matter.

The former One Direction heartthrob sat down to interview CMBYN star and heartthrob in his own right Timothée Chalamet for the November issue of i-D, and the conversation was just peachy.

While Chalamet is currently attracting buzz for his role opposite Steve Carrell in the upcoming film Beautiful Boy, Styles had stonefruit on the mind.

Styles warmed Chalamet up by asking about the proposed CMBYN sequel, to which Chalamet replied:

“We made the first movie in the humble hope that fans of the books would go and see it. I would love to do a sequel, that challenge is really exciting to me.”

And that’s when things got peachy:

Harry: Can you still eat peaches?

Timothée: [Laughs] Umm I can, but not without thinking about it…

T: [Laughs again] That’s the most awkward scene to see with your parents in the whole world. My poor father…

Well, there you have it. Harry Styles still has a hard time eating peaches after watching Timothée Chalamet pleasure himself with one a year ago.

Check out the full interview in the November issue of i-D here.