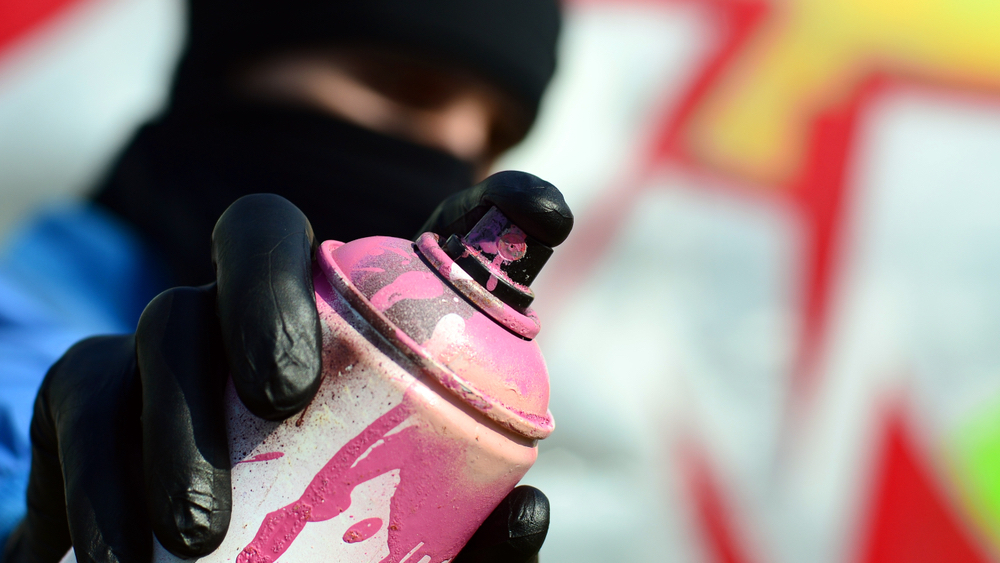 The Washington Post recently explained how four white teens Glenelg, Maryland got busted for spray-painting racist, anti-Semitic and antigay graffiti as a senior “prank.” They got busted by their own cell phones.

While the vandalism happened on May 24, 2018, The Washington Post is just now revealing details behind the actual hate crime which was committed by four graduating seniors: Seth Taylor, Matt Lipp, Josh Shaffer and Tyler Curtiss

The day before graduation, the teens spray-painted swastikas, penises, “KKK,” “F*ck,” “Jews,” “F*gs,” “Nigs” and “Burton is a n*gger,” a reference to David Burton, the black principal of Glenelg High School, a white-majority school. They wore t-shirts over their heads to conceal their identities from school security cameras. It took all of seven minutes.

The school emailed parents about the incident the morning after administrators discovered the graffiti. Although the school had cordoned off the vandalized area so that students wouldn’t be exposed to the hateful slurs, students began circulating images of the graffiti online, and it soon made national news.

Naturally, Taylor maintains that he isn’t an anti-Semite, a homophobe or a racist. “Things got out of hand,” Taylor said. “I was under the impression we were going to do a prank, and it got bad.”

Here is footage of the teens committing the hate crime:

These white teens wore masks so they wouldn't get caught committing a hate crime.

Little did they know: When they snuck on campus to paint swastikas and slurs, their phones auto-connected to the school’s WiFi. Under their individual usernames.https://t.co/Vs9uwXyrzW pic.twitter.com/WM6cU1b29Y

He continued, “I spray paint one racist thing and, suddenly, I become a racist? Just because I did it doesn’t mean I hate Jews, gay people or black people.” He claims he didn’t know the full violent history of the KKK or the Nazis when he helped spray paint the school.

Taylor was the first to confess when questioned by authorities. Although he didn’t reveal his co-conspirators’ identities, he didn’t have to. As The Washington Post explains, “The school’s WiFi system requires students to use individual IDs to get online. After they log in once, their phones automatically connect whenever they are on campus.”

So when the vandals arrived on campus, the school’s WiFi system identified the students by their login IDs immediately. They were arrested the next day. When Taylor was handcuffed and led past other students, he asked the arresting officer, “Can you cover my face so that the kids don’t videotape me?”

The officer replied, “No. You deserve this.”

The men were charged with vandalism, destruction of property and a hate crime since their words antagonized gays, Jews and the fewer than five percent of students who are black. After the vandalism, several students told administrators that they felt unsafe at the school, others broke down in tears to teachers and faculty members.

All four men pleaded guilty and were sentenced to serve hundreds of hours of community service, consecutive weekends in jail and several  years probation after which their hate crime charges would be expunged from their records. Two of the convicted students are contesting the hate crime charges as violations of their free speech.