Academy Award-winner Charlize Theron and streaming giant HBO Max have announced their newest, oh-so-queer project: an adaptation of the DC Comics young adult novel You Brought Me The Ocean. The book, for those unfamiliar, casts Aqualad–protege of Aquaman–as a gay teenager.

Deadline reports that Theron will produce the show; at the time of this writing, neither the actress/producer nor HBO have said if she also plans to star in the series. You Brought Me The Ocean reimagines the origins of the character Aqualad.

The novel, which is a self-contained story outside mainstream DC continuity, follows the story of Jake Hyde, an African-American teen that heads off to college. There, he falls hard for the captain of the swim team, and discovers he has the power to manipulate water. That revelation leads him down a dangerous path as he investigates his Atlantean heritage and begins to master his new abilities.

It remains unclear if the new series will also tie in with the Aquaman film continuity. Persistent rumor holds that Aqualad will appear in the upcoming sequel Aquaman and the Lost Kingdom, though Warner Bros. may opt to cast a different actor in the role, a la what the studio has done with The Flash TV series and film.

That said, Jake Hyde proved so popular that DC eventually integrated him into comics continuity, and as a gay man to boot. Here’s hoping the Warner Bros. film bosses have the good sense to do so as well.

HBO Max has not yet announced a release date or any casting for the show, though we’d be remiss not to notice the striking resemblance between the comic book version of Jake Hyde and queer actor Justice Smith. 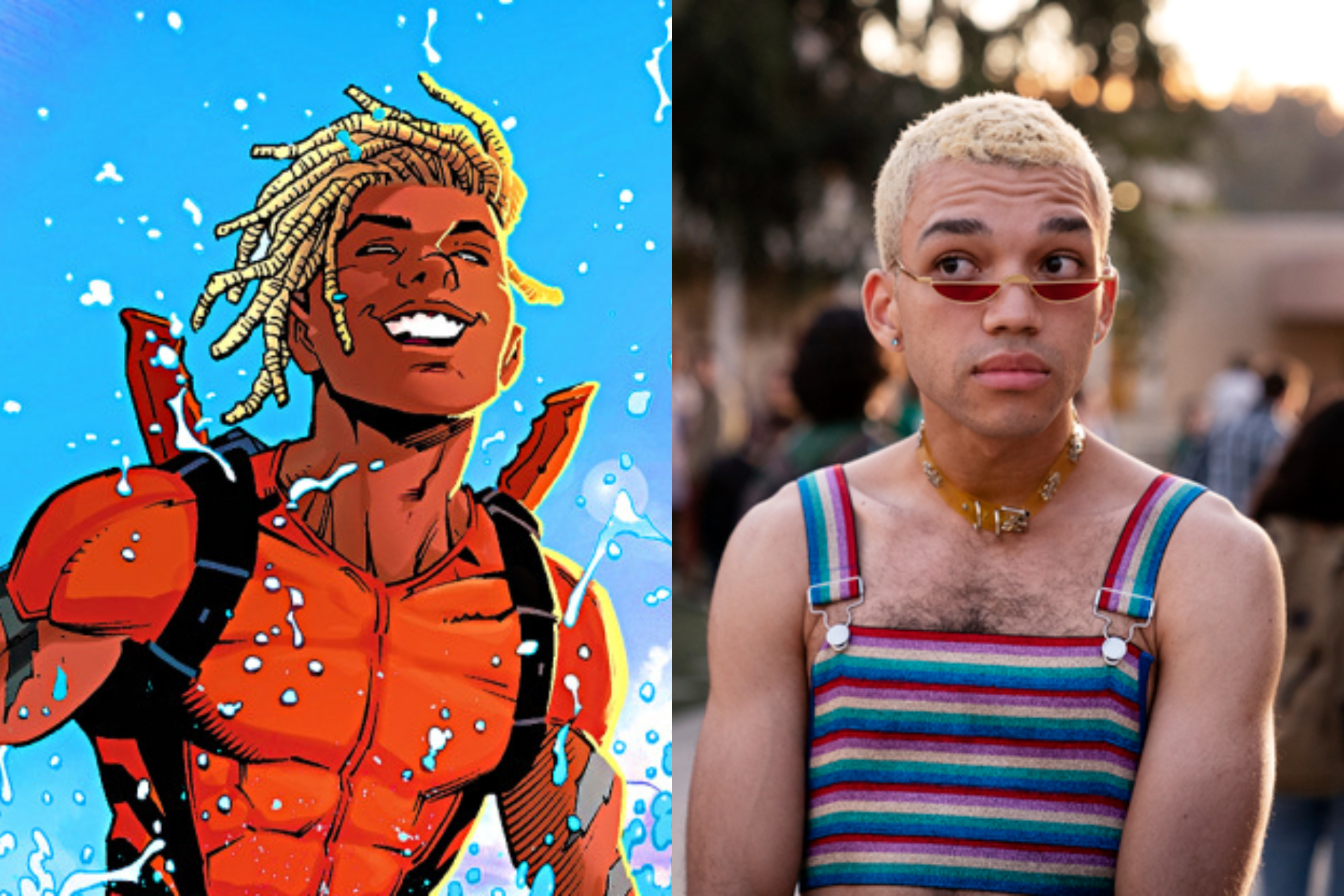