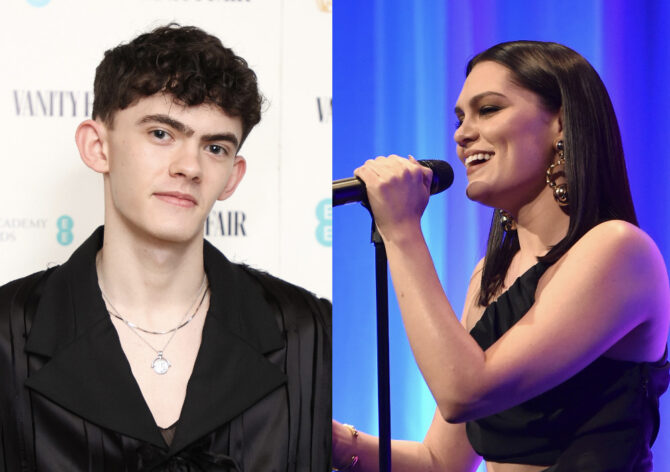 Joe Locke’s turn as gay teen Charlie Spring in Netflix‘s wildfire success Heartstopper has touched plenty of hearts across the globe, and at a recent concert he got to feel the appreciation firsthand.

“Bang Bang” singer Jessie J stopped her show in Douglas, Isle of Man on Saturday to thank the actor for his inspiring work:

The singer decided not delve too deeply into the details, instead leaving the sentiment at appreciation for his “helping someone really close to [her].”

The two went on to have a cute little interaction in their Instagram stories, with Locke calling Jessie J the “best vocalist alive.”

from a normal guy to being on a netflix show that has positively changed so many people’s lives, having over 2.5m followers, being thanked by jessie j & the list goes on. i’m so proud of him and it’s only just the beginning pic.twitter.com/CE2Psxzdr1

literally me when the camera panned to u ur so lovely pic.twitter.com/gM9QFN9m1r

imagine going from just a normal guy from the isle of man one year to being so famous that jessie j stops her concert to Thankyou for Helping somebody close to her . Joe locke u will always be famous Im so

joe trying to sleep after knowing that jessie j stopped her whole concert just to thank him pic.twitter.com/cZNxblOTTC

not jessie j stopping her show just to say thank you for joe and his little face it was one the most cutest thing i ever seen pic.twitter.com/8XqkoSWu8a

Locke’s ascent is made even more extraordinary by the fact that he is, like many of his fans, still in school. One fan made the difference in their school experiences perfectly clear:

Last week, Netflix announced Heartstopper had been renewed for a second and third season, after the show gained instant popularity when it premiered in April, landing among the top 10 English series on the streamer in just two days.