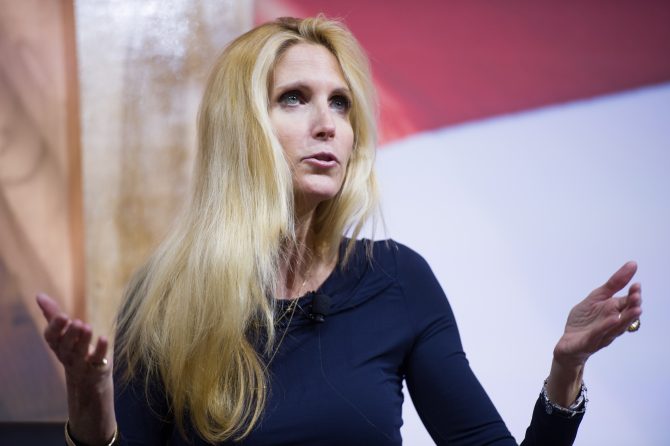 When real-life supervillain Ann Coulter is the voice of reason, you know we’re in deep trouble.

The right-wing pundit took to Twitter to criticize those on her end of the political spectrum lauding President Trump’s widely publicized tax avoidance as “smart.”

“I don’t think the conservative take on @realDonaldTrump paying no taxes should be: BECAUSE HE’S SMART!” she wrote.

“I’ve paid nearly 50% of my income in taxes, year after year, and any system that allows billionaires to pay ZERO is unspeakable [sic] corrupt.”

She added: “How about changing it, Democrats?”

No matter that she still managed to somehow falsely blame Democrats — Twitter was shook.

“Is Ann Coulter an actual human?” pondered one commenter. “Or just pretending this week?”

“You know the system is corrupt when Ann Coulter suddenly starts making sense,” observed another.

“Have the Body Snatchers taken over?” asked yet another.

But here are some of the best responses:

Ann Coulter is like a broken clock that’s somehow only right once a year. https://t.co/2wErYJeccI

She’s molting. She’ll be back in a new skin shortly.

But if Trump and Ann Coulter break up who gets custody of racism?

Praising Ann Coulter for something that makes sense is similar to liking Ted Bundy because you both like the same football team.

And lest anyone forgets:

Please don't give Ann Coulter a pass just because she managed to find the right words for her particular base. She is a vile person trying to lay blame at the feet of Demos without accounting for the GOP. They are both responsible, she is just spinning it to fit her narrative. pic.twitter.com/8tZmQdD2uV