The Disappointments is an upcoming web series that follows a group of gay men in their 50s as they navigate through middle-age, life’s failures and misfortunes, and the grief of losing a close friend to suicide.

“I know, not a happy story,” series creator Rich Burns says on The Disappointments Indiegogo page. “We realized that several other acquaintances had done the same thing within the past few years.”

“What was happening? All of these people were in their late 40’s and early 50’s. All of them were feeling hopeless about how their lives had turned out.” 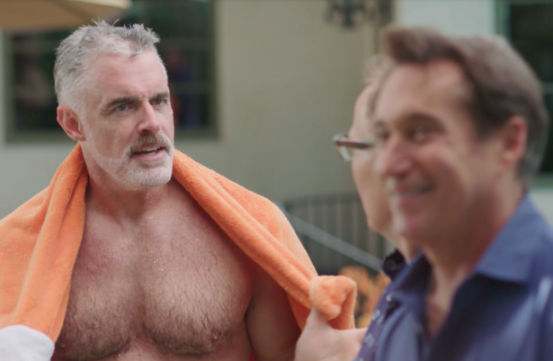 The L.A.-based series, which Burns says was inspired by true events, deals with some heavy stuff and asks some tough questions–like how to handle it when you hit middle age and feel have nothing worthwhile to show for it–but does so through a humorous lens.

What do you do when you realize that time is running short, the road behind you is longer than the road ahead, and your job, your marriage, your relationship with your kids, and your life has not turned out all the way you had hoped and planned when you were young?

Is it cynical? Yeah. It is honest? Totally. It is worth checking out? We think so!

The project has launched an Indiegogo campaign to try and raise $50,0000 to fund the six-episode first season.

Watch the series’ announcement video below.