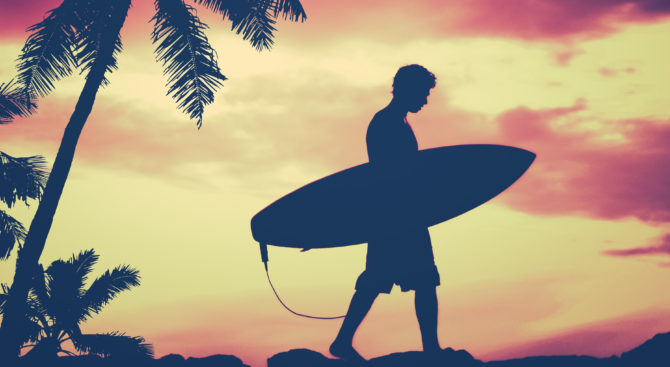 During his college days in the 1970s, a Reddit user named Bi-Elder starred in an adult film he’s desperate to find.

“I was a starving, questioning college student in Santa Barbara in about the mid ‘70s. Broke as most college students were, I did a bunch of gay [adult films],” he writes in one of two posts.

He then describes the long-lost clip. “It was 5+ of us surfer-type kids driving up and down [the Pacific Coast Highway] in a red Chrysler convertible, f*cking and sucking. We ended up at the beach where we did our thing. Just a vintage 10-minute-or-so video of all of us in this convertible on the highway, then [on] the beach. I got paid and went home with a sore butt.”

Related: What’s it like to be a gay adult film star mid-Covid? Jimmy Fowlie digs deep.

Bi-Elder says an older guy recruited him — and his college roomie, who drove the convertible in the clip — and paid the participants in cash. “His requirements were, ‘Do what you guys do. Make it real, and make it happen,’” he recalls. “It paid the rent, [paid for] books, and kept us fed until graduation. I got over the initial sore ass.”

Related: This guy is torn over adult film star’s offer to fly him out for a video shoot

Now Bi-Elder — who says he eventually married and had kids and grandkids — is trying to find the clip again. “Any ideas and leads?” he asks.

So far, no Redditor has found the clip, but there is one potential lead. “I think I do remember it and if it’s the one I’m thinking of, I’ve got a copy of it,” one commenter wrote. “Give me a little time to locate it on my dedicated external hard drive.”

Hope this Bi-Elder can track down the video. If you have any info, respond to the guy here. After all, every tale needs a happy ending!