Frameline, the San Francisco-based queer media arts foundation, returns again…again. Earlier this year Frameline44 kicked off in truncated form, featuring a limited number of films. Now, thanks to the miracle of streaming, Frameline44 returns again, this time, with a full lineup of LGBTQ titles to make sitting inside socially distanced a bit more tolerable.

So, for anyone living in San Francisco–or anyone outside of it–take heed! The Frameline44 Redux runs from September-17-27.

We caught this title at Outfest this year, where it took us off guard with its mix of sexual tension and buried pain. Cicada follows the story of Ben (played by co-director Matt Fifer), a sex-addicted bisexual man. When he meets the handsome Sam (Sheldon Brown, who gets an unusual “character by” credit) it seems he may have found the man of his dreams. But the scars of dark trauma hide just below the surface of both men, threatening to destroy not just their relationship, but also the sanity of both men. Set against the backdrop of the Jerry Sandusky child rape scandals and the emergence of Black Lives Matter, Cicada comments on cultural pain as much as personal trauma. It also knows that love offers a tender lifeline to pull those in pain out of the darkness.

Through the Glass Darkly

We’re intrigued by this suspense thriller which deals less with queer life than with a queer character having her life destroyed. Robyn Lively plays Charlie, a lesbian mom whose daughter disappeared a year prior. When another young girl goes missing, Charlie vows to find her and her daughter…if she can confront her own dark secrets first. Frankly, we think it’s about time we had a good ole queer thriller in which the lead just happens to be part of the community. Color us interested.

Sh*t & Champagne takes its cues from 1970s exploitation schlock movies, which often featured ridiculous action, ridiculous costumes and even more ridiculous plots. The film follows stripper Champagne Horowitz Jones Dickerson White (played by director/drag queen Darcy Drollinger) on the run from a criminal enterprise. When the cops refuse to investigate the murder of her sister, Champagne dives head-first into a criminal underworld. There, she discovers a link between the retail chain Mall-Wart and a dastardly plot to conquer the world. Think of it as Girls Will Be Girls meets The Girl with the Dragon Tattoo. In another charming twist, the festival will host a drive-in screening of the movie at the Solano Drive-In in Concord, CA on September 17.

Though Stonewall may have given birth to the modern push for queer rights, the American Psychiatric Association’s decision to remove homosexuality’s classification as a mental illness probably played an even more important role in queer people gaining social acceptance. Cured recounts the story of the brave individuals who took their case before the APA, pressing doctors to actually listen to their patients rather than diagnose them outright. Featuring interviews with pioneers including Dr. Frank Kameny, Rev. Magora Kennedy, Ron Gold, Dr. Charles Silverstien and more, the film recounts the torturous therapies—including ECT and lobotomies—that psychiatrists once subjected patients to, and the strategic arguments that paved the way for LGBTQ people to be seen as healthy.

The Obituary of Tunde Johnson

One of our favorite films from TIFF last year, and the title that picked up the Best First Feature Award at Outfest, this movie tells the story of a black, gay high schooler haunted by repeated visions of his death at the hands of police. The resultant film plays like a hallucination on queerness, race and police violence: the kind of movie that raises as many questions as it addresses. Actor Steven Silver (13 Reasons Why) proves his leading man talent in the title role, while up-and-comers Nicola Peltz (Bates Motel) and Spencer Neville (Days of Our Lives) show off their own range as Tunde’s best friend Marley, and his secret boyfriend Soren.

Ahead of the Curve 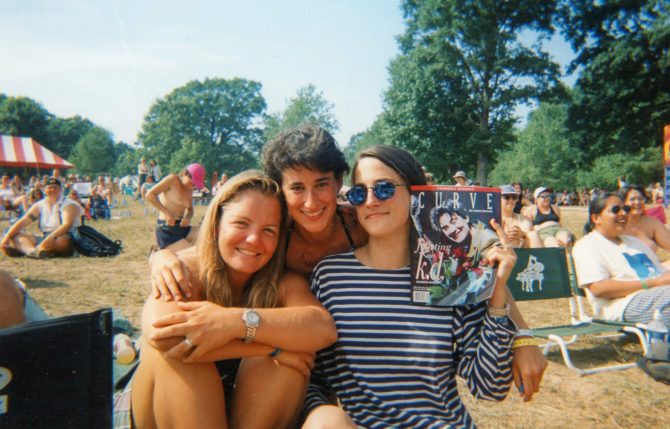 This new documentary traces the history of the renowned lesbian magazine Curve as well as the life of its founder Franco Stevens. Featuring interviews with lesbian icons, including Melissa Etheridge, Kate Kendall and Jewelle Gomez, director Jen Rainin examines the current state of queer media, and the need for a female-oriented publication. 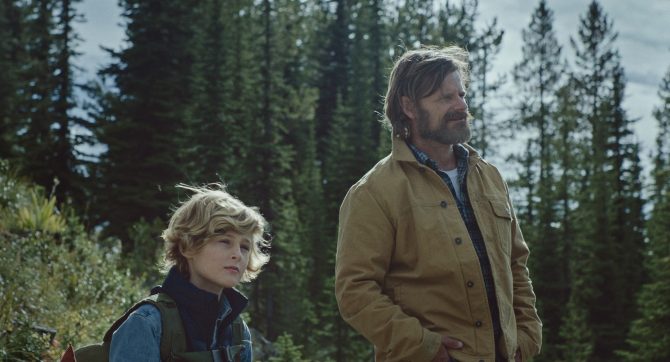 Cowboys snagged actor Steve Zahn the coveted Best Actor award at the Tribeca Film Festival earlier this year. The film follows the story of a transgender boy (Sasha Knight) and his drug-addict dad Troy (Zahn), on the run from the law on horseback. Set in Montana, the film follows Troy and Jo as the pair try to evade their problems. Jo’s mom Sally (Jillian Bell) doesn’t accept that she has a transgender son, and when Troy’s erratic behavior gets him in trouble with the law, father & son resign to escape to Canada. It’s a beautiful father-son story, chock with gorgeous cinematography of the American Northwest, and a glimmer of hope for queer kids everywhere.

This year’s international centerpiece at Outfest features actor Henry Golding (Crazy Rich Asians) as a man facing the intersectionality of his Vietnamese heritage and being a gay man. Monsoon follows Kit (Golding) as he returns to Vietnam for the first time in three decades to scatter his parents’ ashes. As he does, he meets a handsome American, and begins to understand the plight of his family that fled all those years before.

Note: This article contains portions of other articles previously published on Queerty.

The Frameline44 Redux runs from September-17-27.